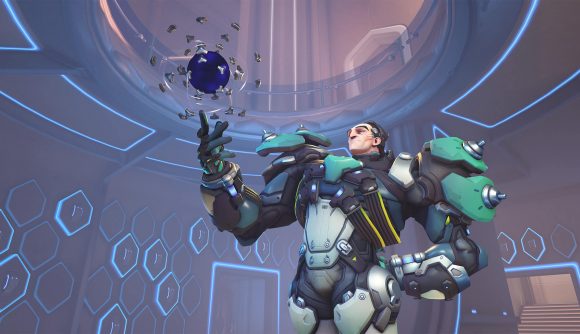 Blizzard has been tight-lipped on what we can expect from Overwatch 2, but according to Aaron Keller, the game’s assistant director, players should expect “lots of heroes,” with new unique abilities that we’ve not seen before.

Keller made the remarks in a joint interview for the Playstation Blog with lead writer Michael Chu, where he reveals that the story of Overwatch 2 will take us into the game’s universe shortly after the conclusion of the short ‘Recall’, which focuses on the story of Winston.

“We’ve got lots of heroes in the works currently for Overwatch 2,” Keller tells Playstation. “We can’t get into who they are exactly, or what their gameplay might be like, but they will help round out the world of Overwatch and give us new gameplay mechanics we have not yet seen.

“Overall, Overwatch 2 will be offering players new gameplay changing ways to play our heroes in Hero Missions. For instance, we like to give the example of Reinhardt’s Talent called ‘Epicenter’ where instead of a cone effect for his Earthshatter ability, it becomes an Earthshatter with a full 360-degree effect around him.”

The game team want to create a “story experience” for its players, and although new heroes play a pivitol role in creating these new experiences, so too do the maps, which are apparently two times bigger than the maps we’re used to today. They’ll also include cinematic intros and outros for us to appreciate their overall aesthetic.

“Overwatch 2 also gives us the opportunity on the tech side to tell more story,” Keller adds. “The maps are almost 2X larger than regular Overwatch maps. They’ve also got way more advanced technology to show dynamic weather, lightning, explosions, and more. We like to say that our maps are almost another character in helping with Overwatch 2 storytelling.”

Some of the new maps will also play host to the game’s Push mode, which is similar to Escort. We have been told that the new mode will feature in the Overwatch League eventually.

We still don’t have a release date for Overwatch 2 though, so if this news has got you excited, you could be waiting for a while to see the fruit of Blizzard’s labour.