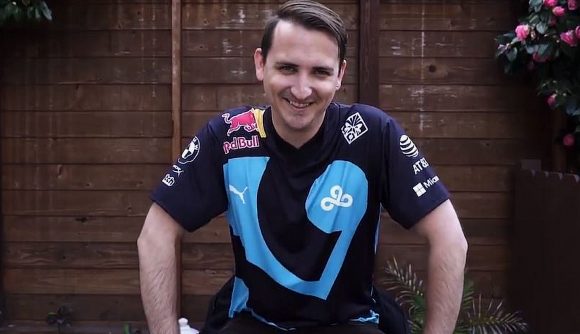 He was one of the first of the mass exodus of talent to leave the Overwatch League over the last few weeks. Now Christopher ‘MonteCristo’ Mykles appears to be taking his career down a slightly different route after the former OWL caster announced that he is joining esports organisation Cloud9.

In his announcement video titled ‘Why I left the Overwatch League,’ MonteCristo reflects on his long career casting Overwatch and remembers witnessing the first ever ‘C9’ – one of the most famous memes in the Overwatch community that stemmed from Cloud9 throwing a match due to not being on the objective twice – at APEX Season 2. He then goes on to say: “I gotta tell you, this will be my last C9 as well,” before proceeding to remove his coat to reveal a Cloud9 jersey.

While many may have thought MonteCristo’s next move would have been to go and cast in another esport, it seems as if he has now gone down the content creation route instead.

“What this means is that I will be making content my way with Cloud9,” he tweets following the announcement. “I will also be partnering with them on designing competitive products that will be announced shortly. I appreciate the fact that C9 embraces my creative vision and goals.”

Jokes aside, what this means is that I will be making content my way with @Cloud9.

I will also be partnering with them on designing competitive products that will be announced shortly.

I appreciate the fact that C9 embraces my creative vision and goals.

One of the main reasons MonteCristo cited for his departure from the Overwatch League was “irreconcilable creative and philosophical differences” between him and those running the league, as well as there being no room to grow for casters.

Cloud9 are the owners of the London Spitfire OWL team, and this is likely where most of MonteCristo’s content will be focused on.

The third season of the Overwatch League, which kicks off in just a few weeks time on February 8, will be without several of its usual on-screen talent, including host Chris Puckett and caster Auguste ‘Semmler’ Massonnat, who earlier this month told The Loadout he was considering a return to CS:GO.