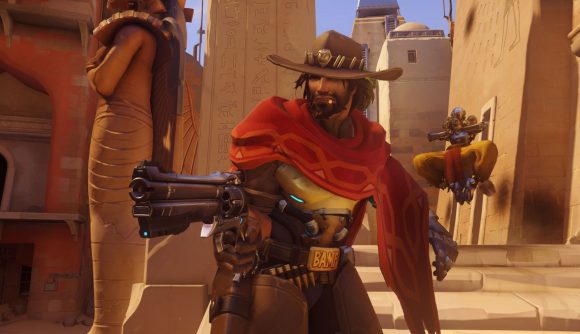 A ridiculous clip has surfaced on Reddit of an Overwatch player hitting a super-clean hexakill using McCree’s Deadeye ability.

The clip, which was posted by user No-Ear_Spider-Man, shows their McCree getting the high ground on Havana, lining up the entire enemy squad around the payload and firing at will, seeing the killfeed light up. We’ve seen hexakills with this hero before, but rarely do you see all the kills happen within a second and all whilst using the ability. The poster of the clip also revealed that they had over 400 hours playtime with McCree, which will likely make the achievement even sweeter.

McCree is one of the most popular offense heroes out there and is picked by around 20% of players taking up that role, according to stats from overbuff.com. With his killer Deadeye ability creating moments like this one, it isn’t hard to see why. In the last month, only Doomfist has been picked more regularly.

Along with McCree’s devastating Deadeye ability, the hero also has the Flashbang ability to blind opponents and the Combat Roll ability to quickly dodge oncoming attacks.

After 400 hours on the hero. I finally got a McCREEEEE Solo teamwipe! My work here is done… from r/Overwatch

In the squad wipe clip, No-Ear_Spider-Man’s impressive hexakill was swiftly followed by a cheeky ‘Take the Load Off’ emote, admiring the carnage below. This generated a hilarious comparison in the comments to Thanos from Avengers: Infinity War: 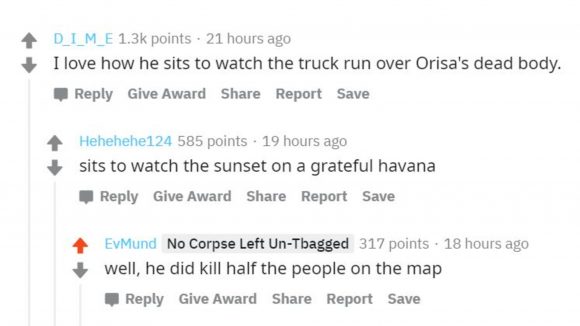 With over 19,000 upvotes, the Overwatch community is seriously impressed with this insane squad wipe. You’ll be waiting a very long time to see something as impressive as this one.