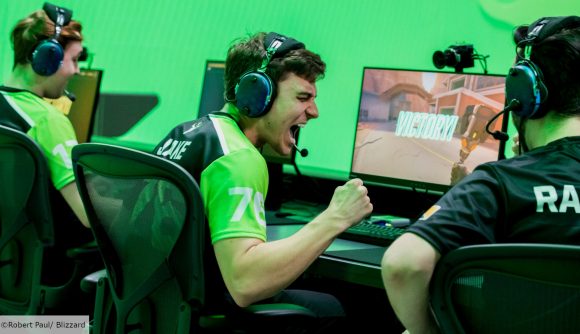 Houston Outlaws’ Overwatch League team has suffered a frustrating set back during preparations for OWL Season 3 after being forced out of their training facility as a result of complaints from neighbouring residents.

The Outlaws’ general manager, Matt Rodriguez, took to Twitter on January 9 to announce that the team were in the process of finding a new spot to train in Texas and linked to a local news report. The report describes how a residents committee in The Woodlands put pressure on the team to leave the “5900-square-foot home” that they were based in due to concerns over noise, parking, and traffic.

Rodriguez goes on to clarify that the Outlaws “did the lease through the literal township, which has board members that approved our lease,” but says that the “neighbours wanted us out so bad they sent TV reporters to the front door to harass our employees.”

Neighbors wanted us out so bad they sent TV reporters to the front door to harass our employees today.

The 2020 OWL season kicks off in just under a month on February 8 and this setback will mean a significant disruption to their preparations.

Houston Outlaws finished sixth in the Atlantic Division during the regular season of last year’s competition and failed to progress to the playoffs.