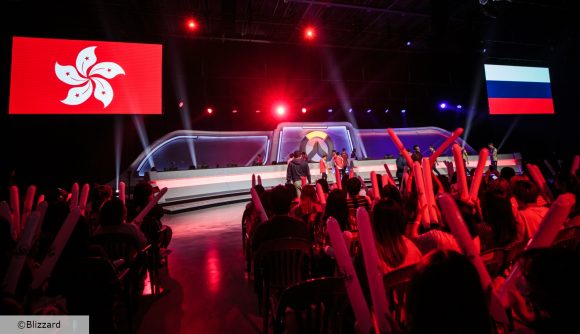 Team Hong Kong today confirmed that they will be sending a team to the 2019 Overwatch World Cup next month, despite the controversy surrounding Blizzard and their decision to ban a Hong Kongese Hearthstone player.

After using a post-match interview to express political views about protest in Hong Kong, Chung ‘Blitzchung’ Ng Wai was initially banned by Blizzard from competing in Hearthstone for a year and had the prize money he won at the tournament rescinded. Since then, Blizzard have reduced his ban to six months and reversed the decision to take away his winnings. The saga has led to the gaming community mounting enormous pressure on Blizzard as they believe that the company is pandering to their Chinese audience and investors.

In a statement posted by the Fire Dragons on October 14, they confirmed that Hong Kong will be represented at the tournament and said that the support of the Overwatch community helped to “muster the courage to take on this journey.”

“The past few months have been very challenging for everyone on Team Hong Kong and it has been difficult to stay focused on our Overwatch program,” the statement reads. “We have tried our best to ensure that all of our players can prepare without distraction but this is not an easy task especially with the recent news surrounding Blitzchung.”

The statement continues: “After a deep discussion with our players, we believe that the chance to represent Hong Kong spirit and values on the global stage is too valuable to give up. While it could be more comfortable for us to shy away from this event, we believe it is more important now than ever to ensure that everyone sees the faces of players on our team; the faces of Hong Kong people proud of representing their community.”

Hong Kong will enter the competition in the preliminary qualifiers which take place during the week leading up to the main event, which begins on November 1. They failed to qualify for last year’s World Cup and finished bottom of their qualification group. Could the extra emotional aspect to this year’s competition see them defy the odds and qualify this time round?

If they do, there will be a huge amount of focus and scrutiny put on Blizzard to see how they handle the event.

The Blitzchung saga has already resulted in tournament organisers and developers taking extra care around the subject in an attempt to avoid getting themselves into a similar situation that Blizzard now find themselves in. Having a Hong Kong team on the international esports stage, especially at a Blizzard-run event, could potentially stoke the fire all over again.