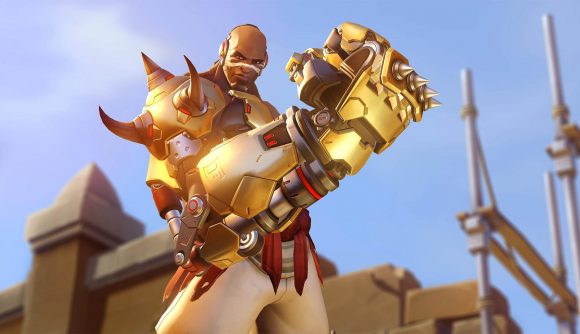 In an attempt to address the stale meta in Overwatch, Blizzard introduced a hero bans system at the start of the year to keep the game fresh and exciting. Now, after less than five months, the game’s controversial hero pools system is being retired from competitive play.

The hero pools system, which sidelined several heroes each week, forced players to get creative in competitive play. But after the system failed to make a meaningful impact in Overwatch as a whole, the feature was dropped from all matches consisting of players ranked Master and below. Now that system is being dropped in its entirety in competitive play, but it’ll still be used in the Overwatch League.

“We initially implemented Hero Pools to address issues with stagnating metas and to keep match-ups exciting and fresh,” community manager Molly Fender writes on the Overwatch forum. “However, we’ve found that the introduction of Experimental Card and increased hero balance updates has helped us work towards a healthy, changing meta in competitive play without needing to disable heroes.”

Despite the update to competitive play, Blizzard is still going to use hero pools in the Overwatch League, but the feature will have some subtle changes. Starting from this weekend (June 13), hero pools will last for two weeks during the pool stage. After that the following two weeks will be a free-for-all for players, so they can pick whoever they want during the tournament brackets.

While the hero pools system has stopped players from defaulting to a 2-2-2 composition and forced OWL players to learn the basics of each and every hero, it was a logistical nightmare for coaches when it came to planning for games. Hopefully the new changes will keep League games interesting for the fans and feel rewarding for the players themselves.

The Summer Showdown kicks off this weekend. If you want to see how the new hero pools system will affect competitive play at the highest level, then check out the full schedule for the tournament here.