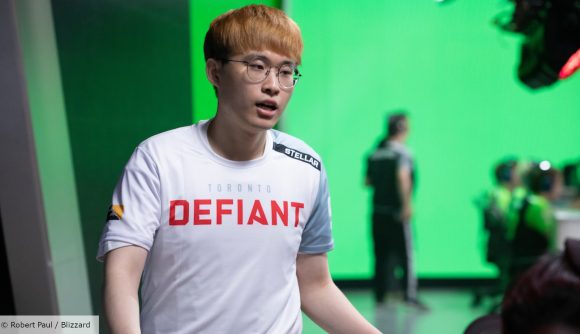 Talented Overwatch flex DPS player Do-hyung ‘Stellar’ Lee has been given another chance to prove himself with Talon Esports in the Pacific Contenders league.

The 21-year-old, who is well known for his Brigitte play, formerly competed on Toronto Defiant before he retired from competitive play halfway through his first season according to a report by Dot Esports. He cited “personal reasons” for his decision to step away from the game but after a long spell away, the South Korean pro returned to the competitive scene towards the end of 2019 as he joined Boston Uprising. There, he played just four matches and only won one of them in a disappointing spell.

Stellar has always been hailed as an extremely gifted player with immense mechanical talent but that promise has never fully materialised on the big stage. He made a name for himself in Contenders Korea with O2 Ardeont as he helped the team to second-place in Season 1 while he built a formidable partnership alongside Seung-hyun ‘Ivy’ Lee who now plays for Philadelphia Fusion.

Now, Stellar has moved back to the Contenders level where he and Talon Esports will be aiming for greater success on the international stage of The Gauntlet.

Talon attended the tournament last year after cruising through the weaker competition of the Pacific region. The team came first after crushing Global Esports without dropping a map in the Season 2 final. However, things were not so smooth at The Gauntlet.

Talon had to compete in the loser’s bracket after a narrow loss to eventual winners Element Mystic from Korea. From there, the team battled past Europe’s HSL Esports as well North America’s XL2 Academy and Gladiators Legion only to a Korean team again in Gen.G in what was yet another a 3-2 defeat.

Now, the organisation has compiled a new roster made up entirely of Korean players and has already secured first seed in the Pacific region without losing a game. On a talented roster, this will be Stellar’s chance to step up and prove that both he and Talon can compete with Korea’s best talent.