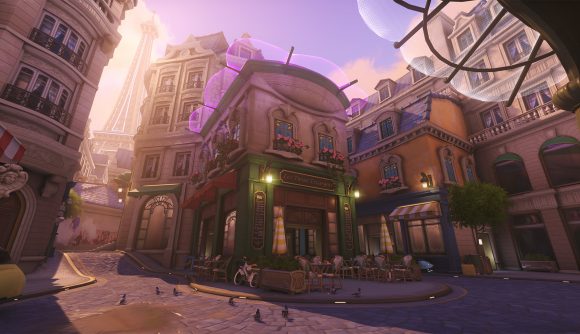 We’ve seen some pretty iconic tracks covered on the piano in Paris, but Overwatch streamer Daniel ‘Dafran’ Francesca was treated to a full on concert by two talented pianists.

During his January 8 stream, the former Atlanta Reign DPS was waiting for a game to begin on Paris when two Symmetra’s in his lobby began performing a series of classic tunes using the precise beam of their Photon Projectors. The duo perform everything from the Super Mario Bros. theme song to Rick Astley’s famous Never Gonna Give You Up for Dafran and his viewers.

The highlight of the performance came when one of the Symmetras disappears, only to return as Genji. The pair then team up and nail a duet of Dr Dre’s 1999 hip-hop classic Still D.R.E., with Genji managing to play the iconic chords by precisely swiping at the keys. The clip of this moment has been watched over 120,000 times in less than 24 hours.

An impressed Dafran goes on to praise the duo as they continue to play a number of well known tunes, such as the Skyrim theme music, saying: “They’re too good man, it’s insane.”

However, Dafran never got the chance to see if the pair were as talented out on the battlefield as they are on the ivory keys as the game puts him in a different server. Shame.