Last weekend gave eagle-eyed fans and furrow-browed sceptics their first long look at Overwatch 2 being played at the highest level, thanks to an extensive opening weekend of Overwatch League matches. While the actual Overwatch 2 release date is still seemingly a long way off, this year’s season of the esport will be running on an advanced build of the game, giving fans a chance to see some of the new maps and modes in action.

Technically, fans also had the chance to see new hero Sojourn in action too – though she didn’t actually make an appearance all weekend. Instead, this weekend saw a lot more Overwatch mainstays like Genji and Soldier: 76 taking centre stage, becoming early champions of the new metagame after years of competitive absence and made watching the game feel a lot like it did back in the early days.

On the one hand, Sojourn’s absence is good news – for once, it appears Blizzard has introduced a hero that hasn’t changed (read: broken) the game significantly. It shows that the changes being made for the sequel are really zeroing in on what the hardcore everyday players of Overwatch are looking for: a focus on balance, on getting as many combinations of heroes playable as possible, and on not having to learn how to play an entirely new game every time a new hero hits the scene.

For fans of the competitive side of Overwatch, the changes so far have brought the game back to where it began, with this weekend’s OWL matches showcasing a meta that eschews years of MOBA-esque durability and shield-reliant team compositions for one that favours mobility and skill-based heroes. The result was a series of matches that flowed a lot closer to the original season of OWL, with big solo plays and headshots making a real impact on the flow of the game once more. For the first time in years, Overwatch is playing to its strengths again – it’s a shooter, not a MOBA, and that’s very much a good thing.

Also, while Sojourn didn’t make an appearance, a vast array of Overwatch heroes were proven to be relevant in the new 5v5 format. The majority of teams ran a Winston-led meta, with Soldier: 76 and Genji as damage and Lúcio and Ana as support, but we also saw an array of different styles emerge to contest the meta. Tanks like the newly-reworked Doomfist and Roadhog, classic sniper heroes Widowmaker and Hanzo, and supports like Mercy and Baptiste, all made an appearance on maps that benefitted from their specific abilities. The variety of heroes displayed by the pro players suggests Overwatch 2 will bring the balance of the game to a healthier place than it’s been in seemingly forever.

After all this time, it feels like these changes have come at the cost of the players who were holding out for them the longest.

On the other hand, not everyone looking forward to Overwatch 2 will be strictly interested in metas and ideal team compositions, so the news that the game is back to playing as it did back in 2016 is not likely to give them much comfort. While competing hero shooter games like Valorant and Apex Legends received new maps and characters regularly over the last few years, Overwatch hasn’t received a new hero since Echo in April 2020, two years ago. Fans looking for an explanation as to why their live-service game of choice hasn’t received the same kind of love and attention as these other games are sure to find their disappointment turn to frustration after this weekend, as without the new hero’s presence, and with only a few new maps and one less tank on the field to look at, it lays bare how little Overwatch had really changed.

Whatever answers regarding Overwatch 2 one can glean from watching the Overwatch League this weekend, nothing remotely comes close to answering the ever-lingering question: why did Overwatch need a sequel in the first place? Blizzard can point to the yet-unfinished aspects of the new game – the hero redesigns, the upgraded engine, the big-budget PvE mode – and claim that all this content needed more time and resources to accomplish, but fans will still wonder why this couldn’t have been done without cutting regular content for those still playing the game.

Why couldn’t Sojourn and the new maps and the 5v5 format be revealed the traditional way, so that fans could be enjoying the same content as the Overwatch League pros at the same time? Why couldn’t hero redesigns be unveiled and implemented in limited-time events, like the D.Va Nano Cola challenge back in 2018? Why couldn’t bigger features, like the PvE mode, be announced as a major paid expansion to be released years later and not come at the cost of support for the game people were supposed to still be playing?

It’s not that Blizzard doesn’t have answers to all of the above – it’s that those answers will be all the harder to justify in the wake of the Overwatch League’s opening weekend. Fans will have tuned in to see a game that looks very much like the one they’ve got at home and realise that the biggest change so far is that the game feels like it did back in 2016 – a look that will be all the harder to spin as positive in the wake of two years of dwindling support for active players. 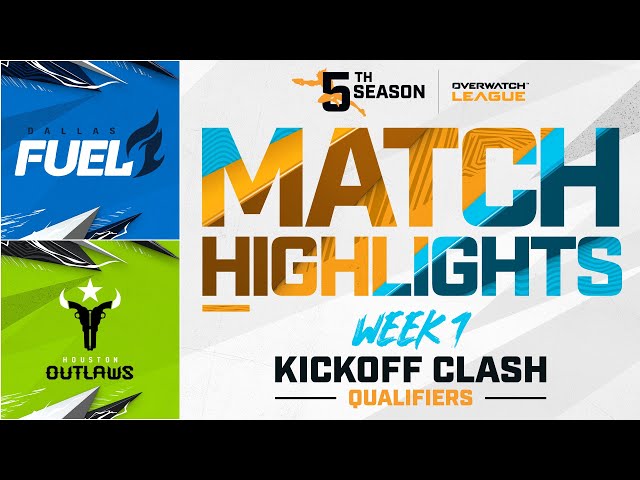 All of which comes as quite a shame, because the work done for Overwatch 2 so far really seems quite good. Cutting the extra tank, as well as the contentious 2CP mode, out of the game allows Overwatch a chance to recapture what made playing it so much fun in the first place. It’s still a game where team-ups and coordination of abilities are going to make the biggest difference between winning and losing, but also once again it feels like players with enough skill can pull a miraculous play out of the ether and change the tide of a match. Overwatch has its own unique blend of strategy and skill that can’t be matched anywhere, and it comes as a relief to see the game will once more be taking advantage of that uniqueness.

It’s just unfortunate that, after all this time, it feels like these changes have come at the cost of the players who were holding out for them the longest. Somewhere between the Overwatch League displaying a perfectly fine weekend of matches that, to the untrained eye, could just be reruns of the inaugural season, and the news of an Overwatch 2 patch fixing one thing while breaking another, it has become very hard to believe that Overwatch 2 is really anything more than two years of content that has been squirrelled away and stockpiled for a rainy day.