For this reason, we’ve put together this list of the best Nintendo Switch controllers. While there are lots of different models out there, we’ve decided to focus on Nintendo-approved models, and to showcase a variety of the coolest looking Switch controllers around. We’ve intentionally not included any joy-cons due to certain inconvenient design flaws, if you catch our drift?

There are Pokémon controllers, Mario controllers, Zelda controllers, and countless others. They all look absolutely fantastic, and what’s more, they handle perfectly too. We’ve only picked out a small selection for this article, but of course, there are countless others available to you as well. We hope we can introduce you to a controller that will see you through countless unforgettable experiences.

Our picks for the best Nintendo Switch controllers are as follows: 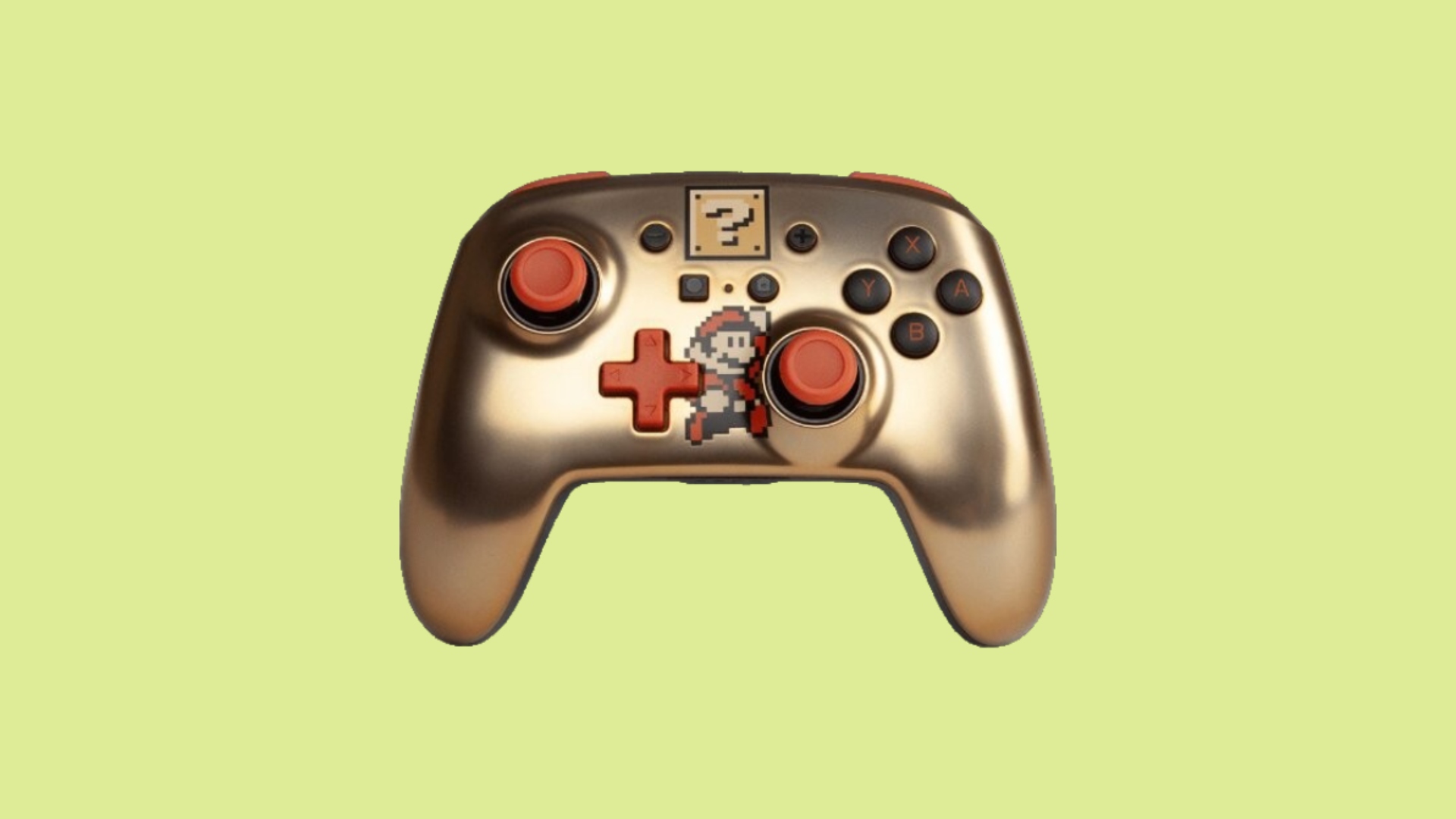 This one is absolutely gorgeous. On the one hand, it has that distinguished gold colouring, and on the other, it features the sprite of Mario and a ? Block from Super Mario Bros. 3. For many fans, that game is the definitive Mario experience, and even if you disagree, that sprite still looks pretty slick. It’s a gold controller, based on a golden game, for the gold standard of players. 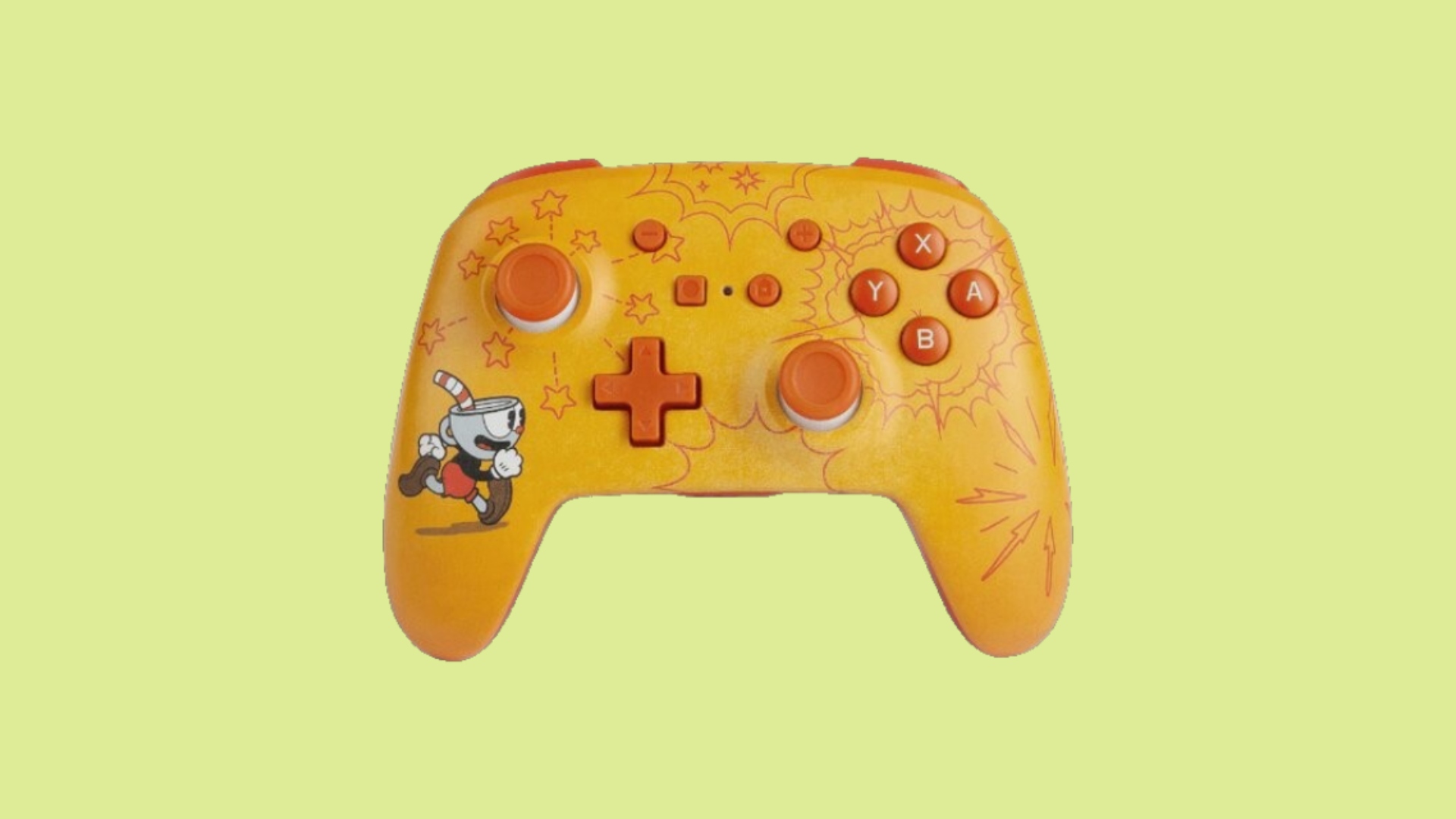 From a controller that features artwork from a classic game, to one that features a modern take on a classic formula. Cuphead has quickly established himself as one of the modern icons of gaming, so it’s no surprise that you can get your hands on official Cuphead Switch controllers. In the small bit of art that it features, it manages to capture all of the charm and whimsy found in the game itself. 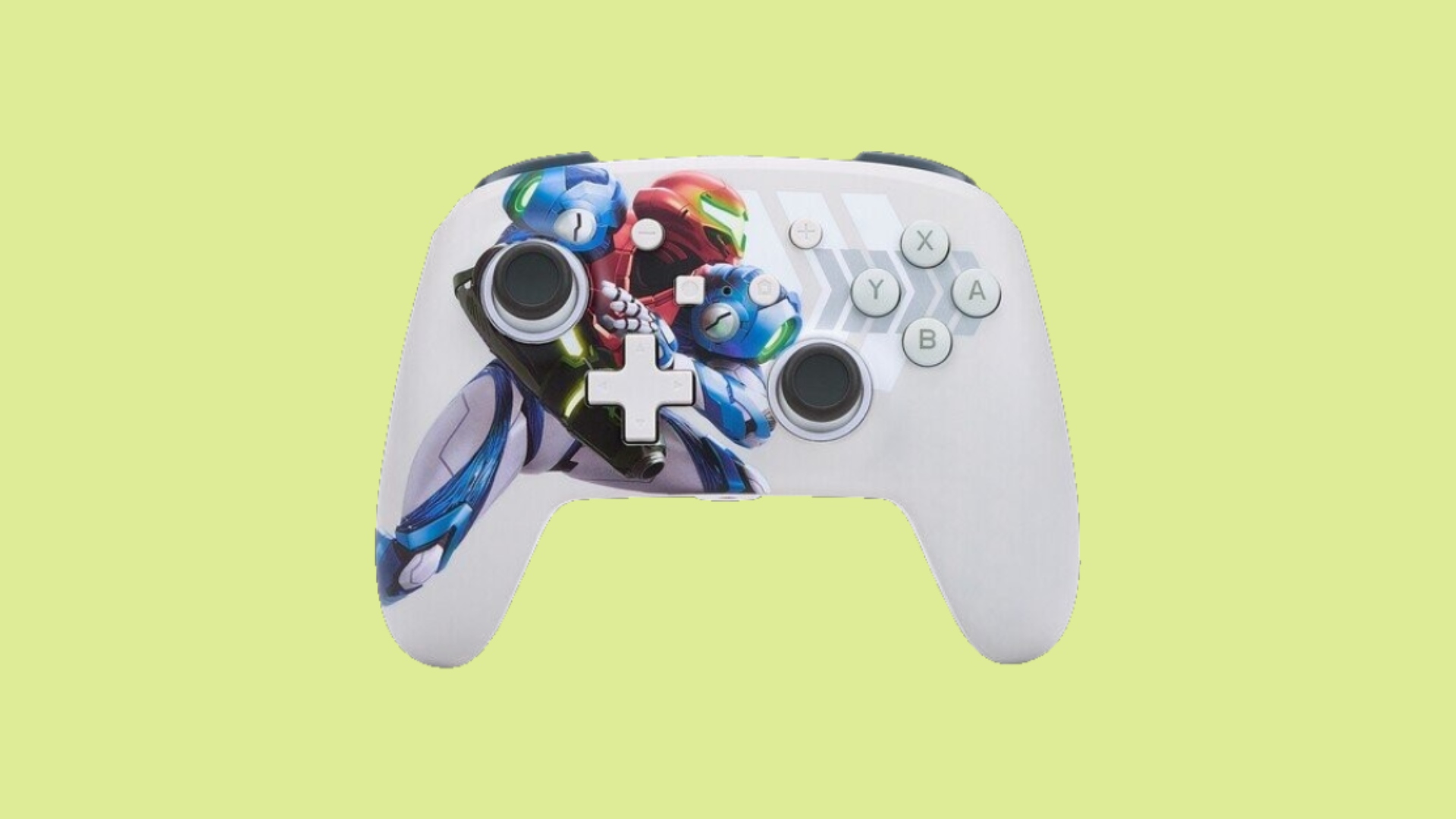 Metroid Dread was the first completely new 2D Metroid game since 2002, so it’s easy to see why this game was quite so appealing to so many gamers. A whole new generation has fallen in love with Samus and the Metroid series at large. If you’re one of those people, you can get this awesome white Switch controller which features a flashy piece of artwork showing Samus in her armour. 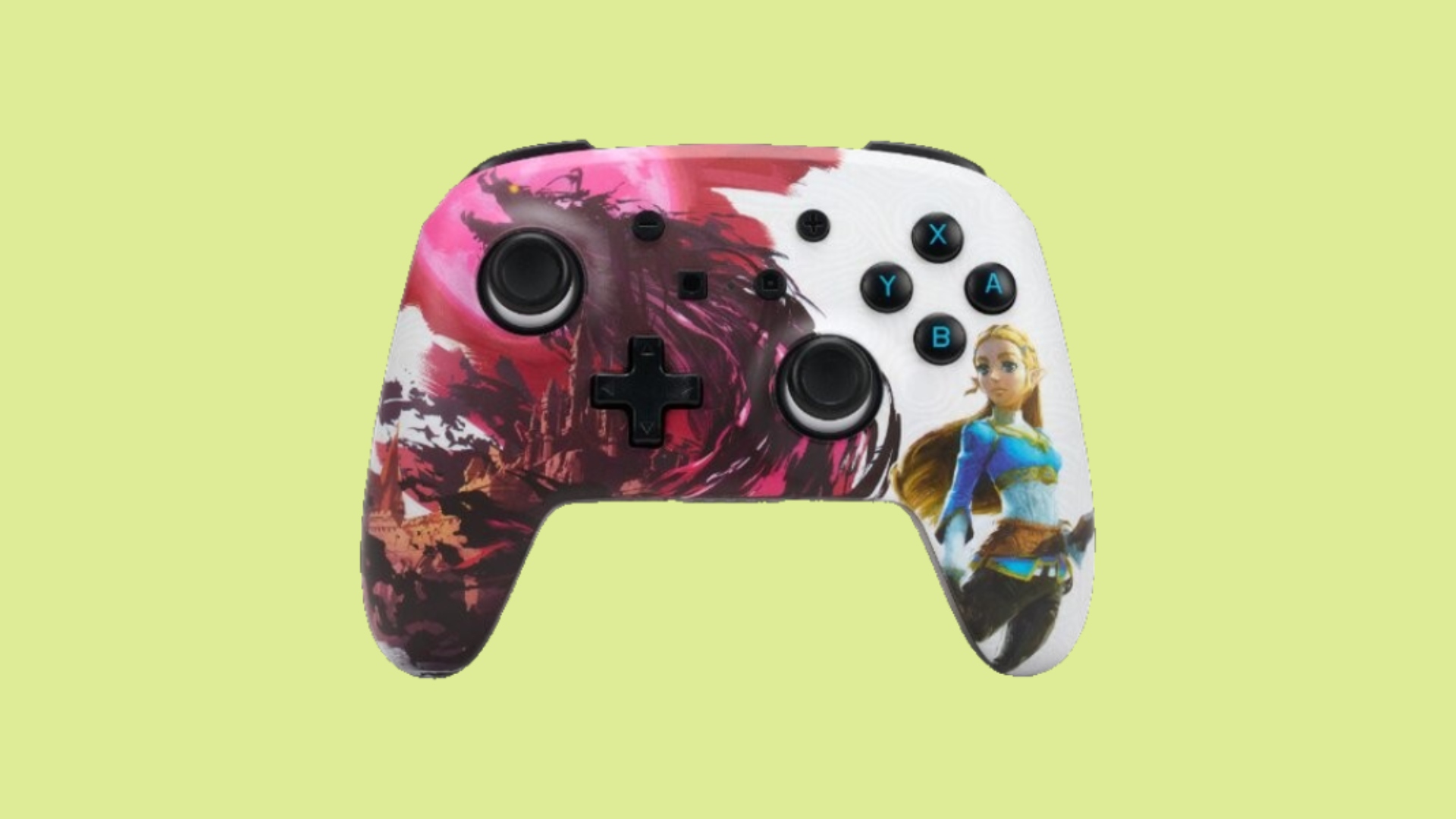 The Legend of Zelda: Breath of the Wild (one of the best Switch exclusives), completely revolutionised the Zelda series, and gave us a new and distinctive portrayal of the princess herself. While she appeared in several flashbacks in Breath of the Wild, fans really got a chance to get to know her in Hyrule Warriors: Age of Calamity. Anyway, this controller not only features a fantastic image of Zelda herself, but also depicts Hyrule Castle under the influence of Ganon. 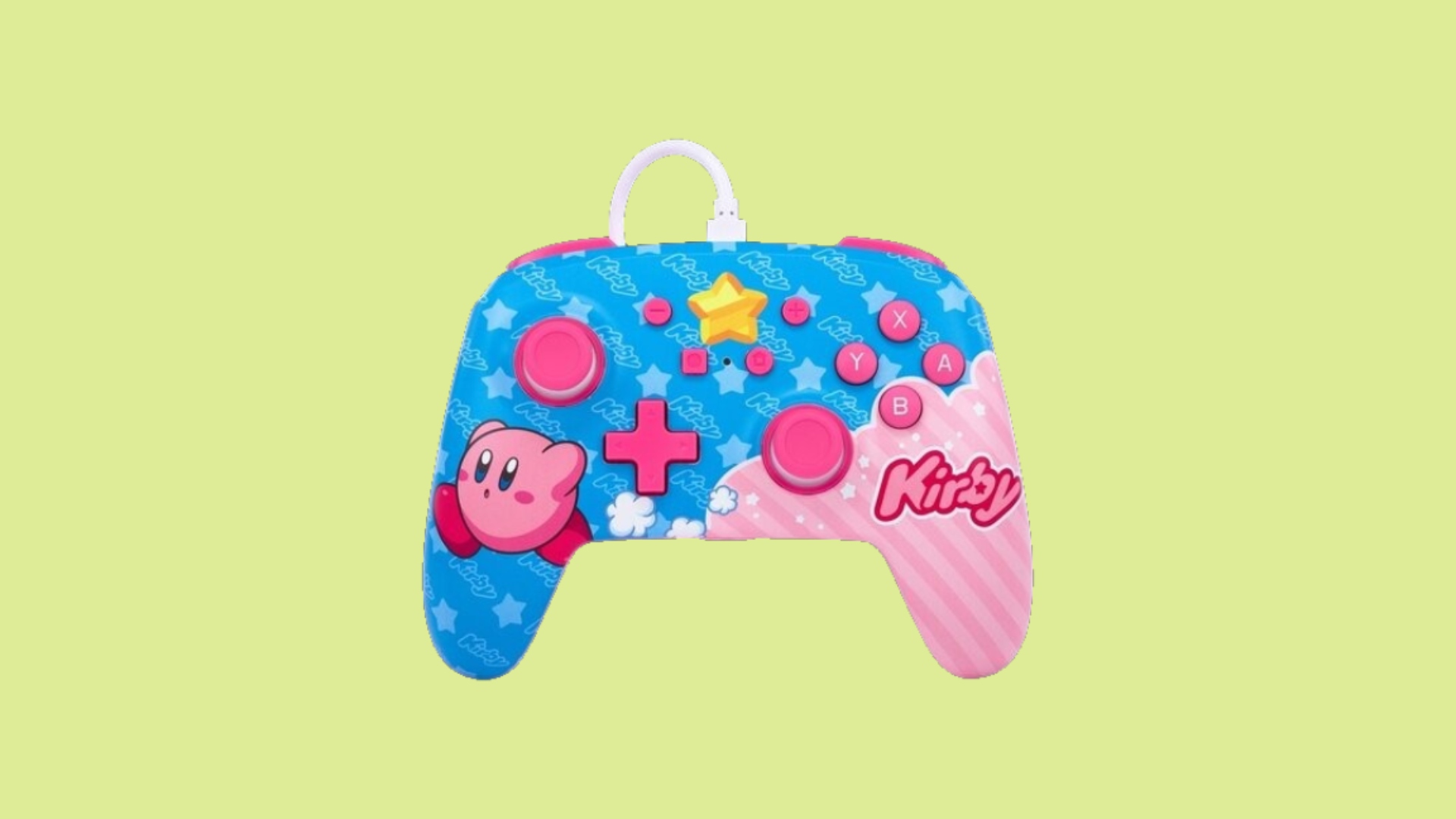 In the advent of Kirby and the Forgotten Land, the iconic pink puffball seems to have reached new heights of popularity. Understandably, many fans are keen to get Kirby Switch controllers, and that’s exactly what it is. Along with a piece of Kirby artwork, you’ve also got the series’ logo and lots of vibrant colours. It’ll be well at home in many a fan’s collection. 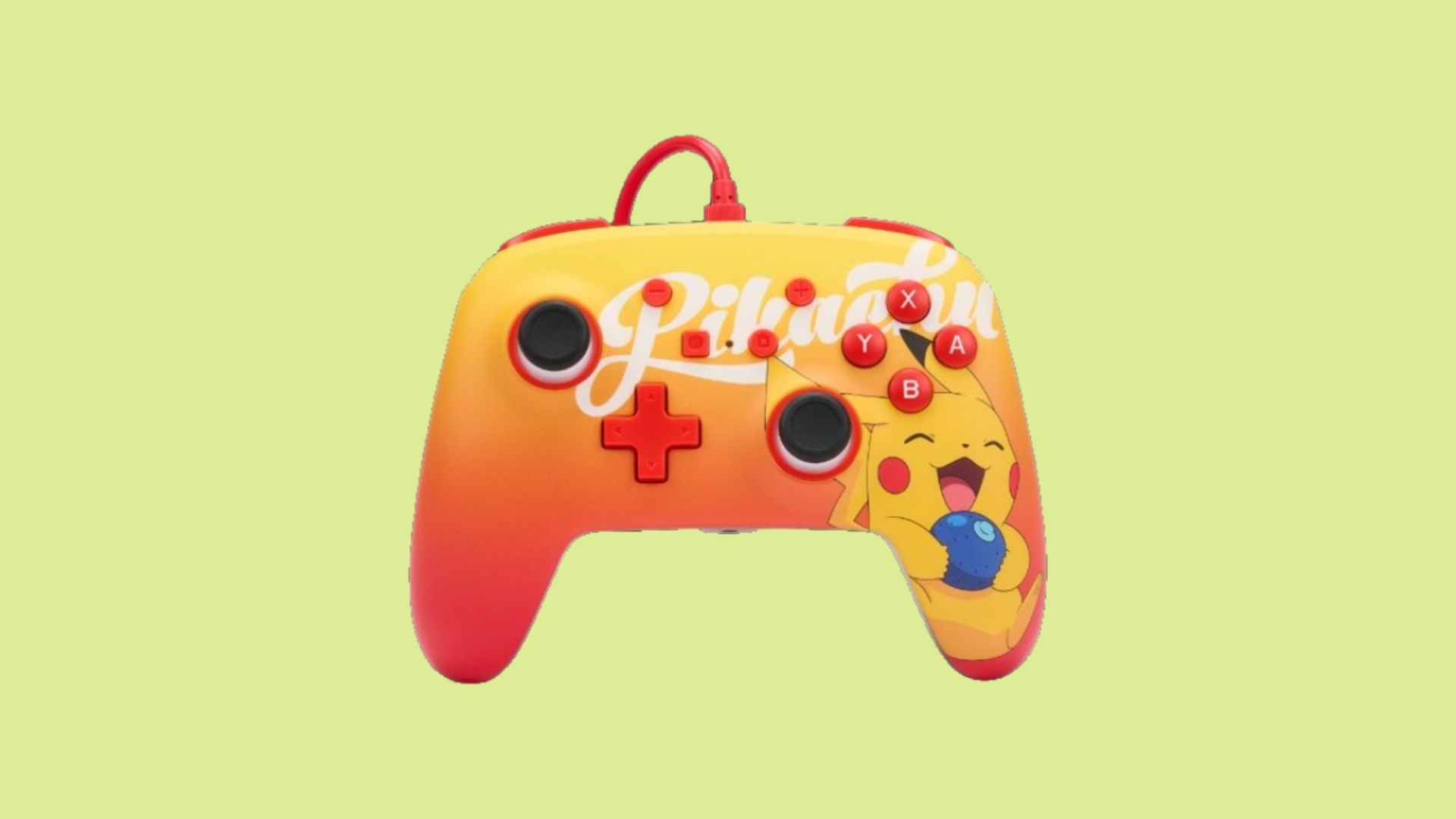 This controller depicts Game Freak’s most iconic creation to date – the one and only Oran Berry, which made its debut in 2002’s Pokémon Ruby & Sapphire. Oh, wait, we mean, Pikachu. Pikachu is Game Freak’s most iconic creation. The artwork on this controller is adorable, because it shows our favourite electric mouse about to tuck into a berry, along with the word ‘Pikachu’ written in a beautifully stylised font. 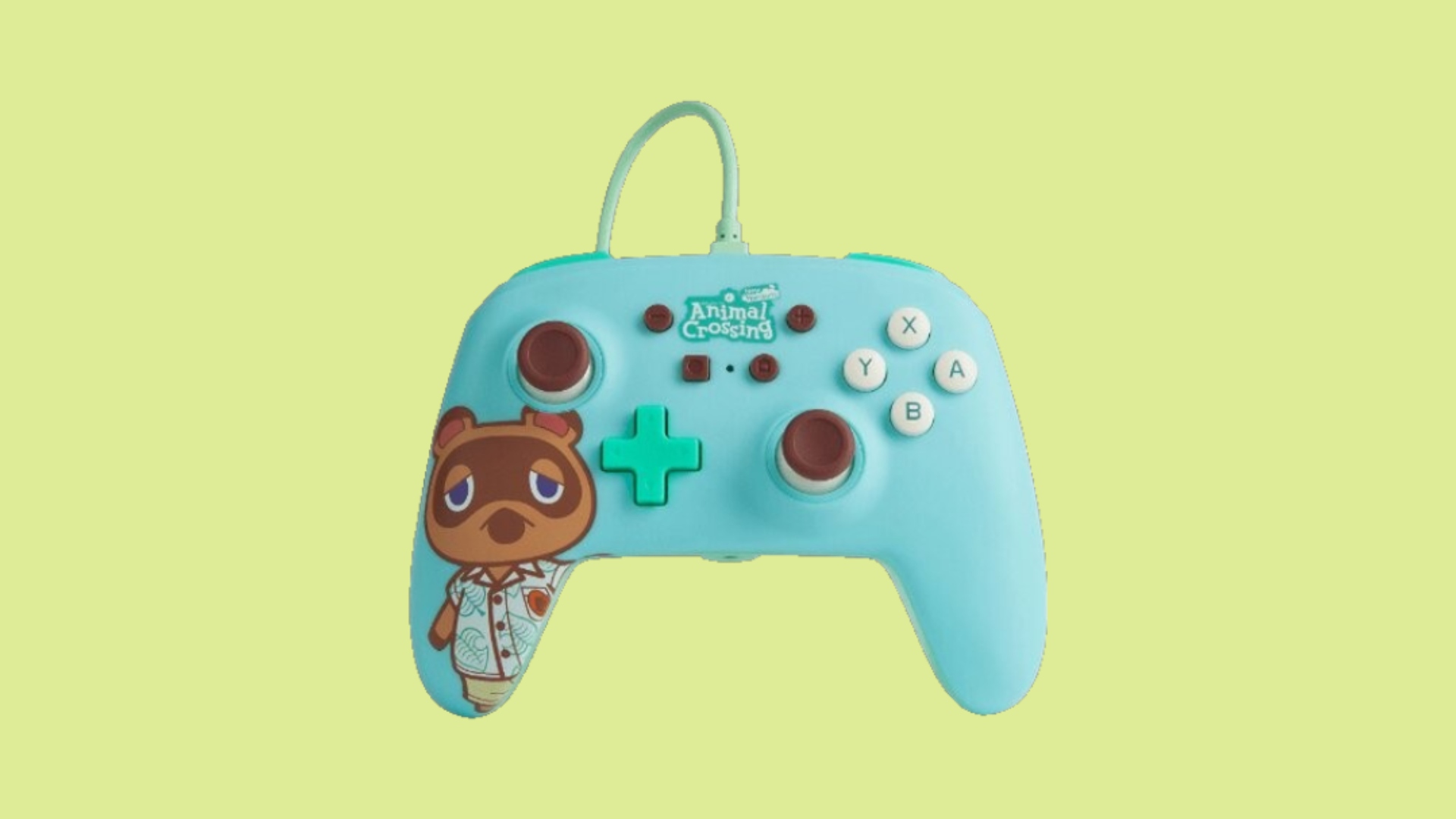 With each new game, Tom Nook’s empire seems to grow. Originally he was just a simple shopkeeper who handled a little bit of real estate on the side, now he’s someone who polishes up desert islands for cash – presumably so he can sell them on to billionaires looking for a remote getaway. Next thing you know, he’s going to try and buy Twitter. Anyway, this controller uses very gentle colours and features a cute piece of Tom Nook art, alongside the Animal Crossing logo. 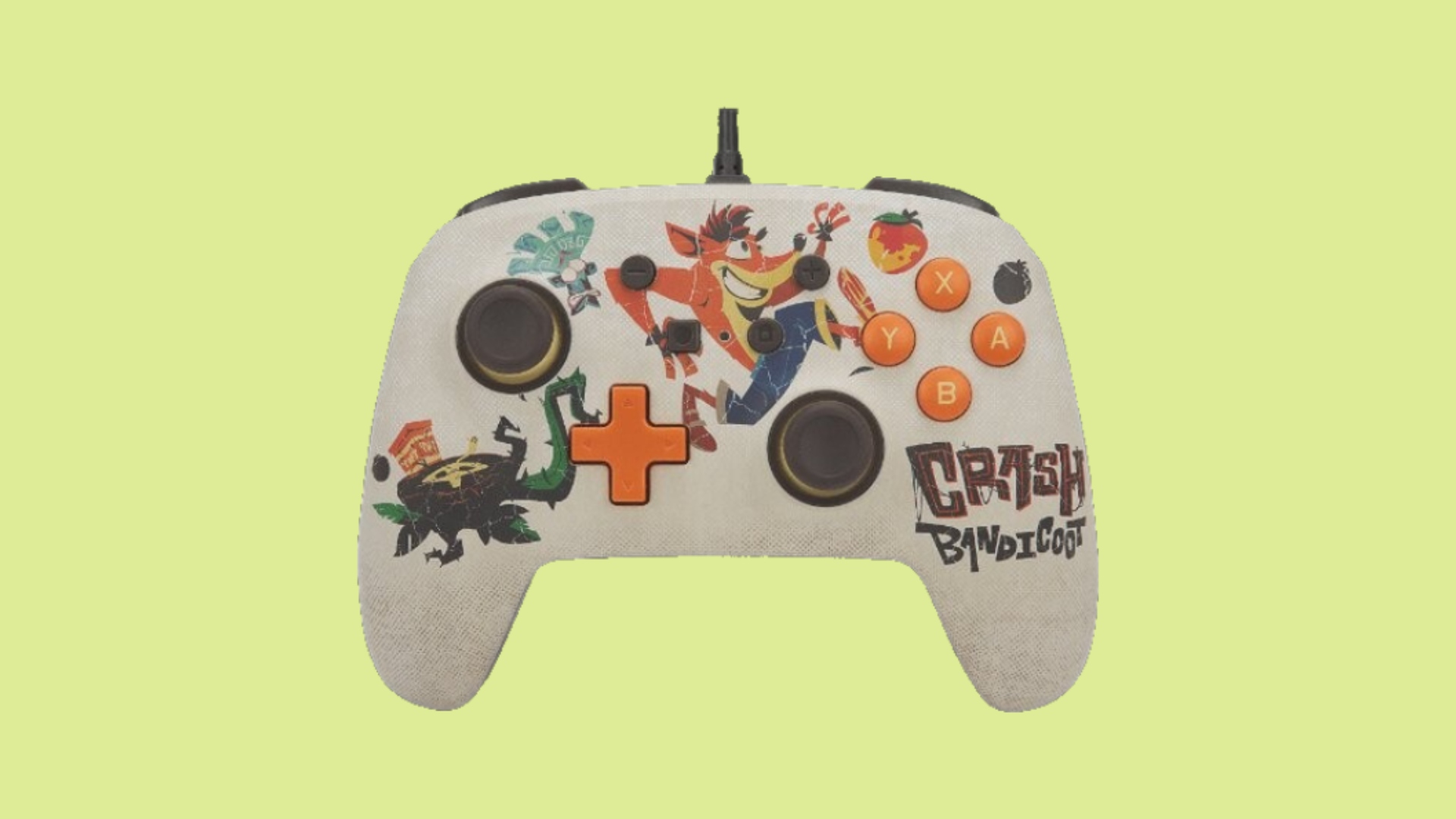 We hope this has been a useful point of reference for you, and if you’re looking for more Switch content, check out our guide on upcoming Switch games, which is sure to get you excited.