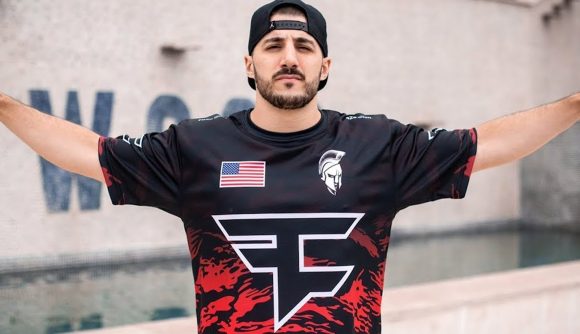 Call of Duty streamer Nick ‘NICKMERCS’ Kolcheff today announced a three-year contract extension with FaZe Clan. He signed last year after a surprise exit from 100 Thieves, and things seem to be going well between the streamer and his new team.

The former Gears of War pro has gone from strength to strength since focussing entirely on Call of Duty: Warzone. He now boasts 55,000 subscribers and more followers than the population of Uruguay on streaming platform Twitch. He even recently faced off against Tony Hawk at the skating legend’s own game.

You’ll regularly see players toting NICKMERCS’ Warzone loadouts in battle royale matches, which is a testament to the streamer’s reach. FaZe confirmed its support of NICKMERCS in a press release looking to the future of the partnership: “The organization will look to Nick to produce more creative and engaging content that aligns with FaZe’s reach within the sports, music, and entertainment landscapes.”

The specific focus on “sports and music” could potentially see NICKMERCS make a change of direction from exclusively streaming videogames. However, the streamer’s only comment on the deal was to reply to the announcement tweet saying: “FaZe the fuck up!”

Esports organisations like FaZe continue to sign up some of the world’s biggest streamers to help spread their brand throughout the gaming community.