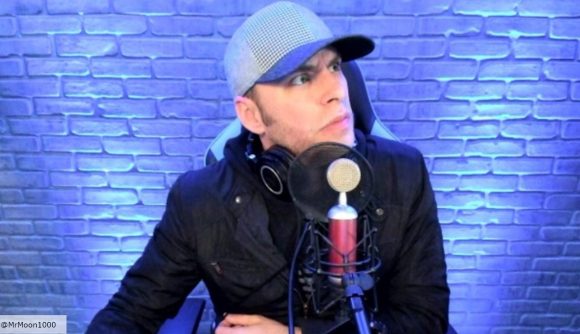 Mr Moon, a streamer and content creator, forged his path on Twitch playing survival games like DayZ, PlayerUnknown’s Battlegrounds, and Ark: Survival Evolved. But the streamer seemingly disappeared from the platforms without a trace, leaving fans feeling left in the dark over his sudden absence.

But it looks like we’re about to see a new chapter in Mr Moon’s story. Returning to Twitter for the first time in five months, the streamer penned a TwitLonger apologising for his absence and announced his return to content creation.

The Massachusetts-based streamer, who has amassed over 290,000 followers on Twitch and more than 423,000 subscribers on YouTube, admitted he felt overwhelmed by streaming and that the guilt associated with taking a break only compounded that feeling.

In his TwitLonger, he says: “I don’t really have a great answer as to why I went into a ‘darkmode’ and just disappeared for the last few months. I know it’s not fair to all of you who have laughed, cried, and shouted with me, and supported me both mentally and financially for the past 5 years. After being connected to so many people for so long I truly forgot what it was like to just shut everything out. I don’t want to shut you out, but that’s what I did. I’m sorry.

“I never expected for my leave to be this long, to be honest I didn’t even plan on this. I didn’t really know I needed it until I was in it. And with each day I didn’t stream or didn’t tweet my guilt would grow, more and more to the point where it was all I thought about. It still is. This fear of so many people being angry and disappointed consumed me. Mr. Moon isn’t supposed to be afraid of anything ya know? I felt I couldn’t just come back without having anything to show for it.”

But after working hard for the last couple of weeks, Mr Moon hopes to “reignite the fire” he had so many years ago, and will be premiering a movie on Twitch later this week. If all goes well, Mr Moon will return to content creation full-time and he’ll be able to look back on his time off as a learning curve for dealing with burnout.