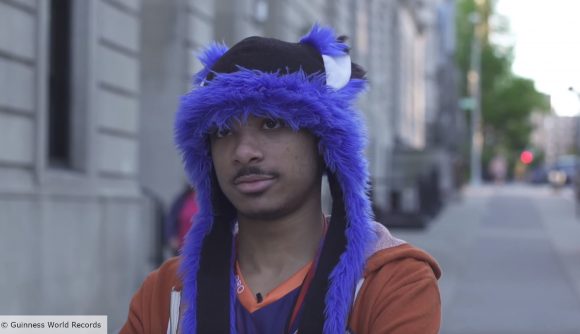 It’s been on the cards for a long time now, but Dominique ‘SonicFox’ McLean, one of the best fighting game players in the world, has left esports organisation Echo Fox. SonicFox was the only player left on the organisation’s dominating FGC roster following a number of high-profile changes.

Echo Fox, which reportedly disbanded in November last year following a legal battle between former NBA star Rick Fox and investors, used to be a formidable organisation in the fighting scene, but following the departure of Smash player Jason ‘Mew2King’ Zimmerman and Dragon Ball Z FighterZ player Jon ‘dekillsage’ Coello, SonicFox’s resignation is the final nail in the organisation’s coffin.

“Announcing my official departure from Echo Fox,” SonicFox says on Twitter. “Had a lot of good runs with the team and it changed my life! Looking forward to the future and new opportunities! Expect new announcements soon.”

SonicFox picked up a number of titles during their stay with Echo Fox. The 21-year-old won two EVO titles under the organisation’s banner for Dragon Ball FighterZ and Mortal Kombat 11, as well as a few FGC majors along the way.

Announcing my official departure from Echo Fox! Had a lot of good runs with the team and it changed my life! Looking forward to the future and new opportunities! Expect new announcements soon 👀

Even though we don’t know where the five-time EVO champion is going to end up, their suggestion that an announcement will be made soon has set the rumour mill in motion. Fans believe big organisations like 100 Thieves or Team Liquid could be home to SonicFox, although it would signal an entry into a new esport title for 100T if it picks the champion up.