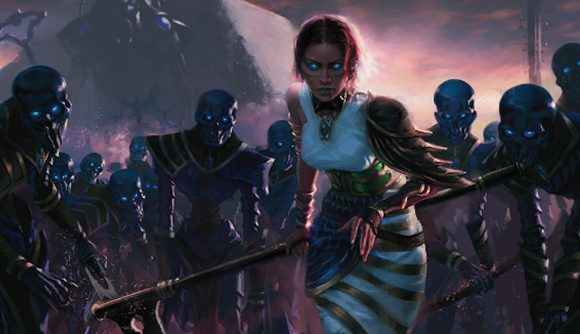 A new European League has been set up for Magic: The Gathering players, with developers Wizards of the Coast partnering with PG Esports. The national leagues will allow players to compete in official and structured leagues in a bid to be crowned as the best in their respective country.

The League was trialled in Italy by PG Esports and later extended to other European countries, with platforms such as FACEIT stepping in to run matches in different countries.

FACEIT will be running the league for players in several different European websites, with registration open now. Matches will take place each and every Sunday for five weeks in standard format, with three points being awarded after each victory.

The eight best players at the end of the five weeks will then be given seats in the final, which will be streamed live on the FACEIT Twitch channel.

The first Qualifier takes place on the 10th of November. Sign up now 🙌 #BreakTheField

The first qualifier takes place this Sunday, November 10, so if you want to stamp your authority on the scene, you better be quick.