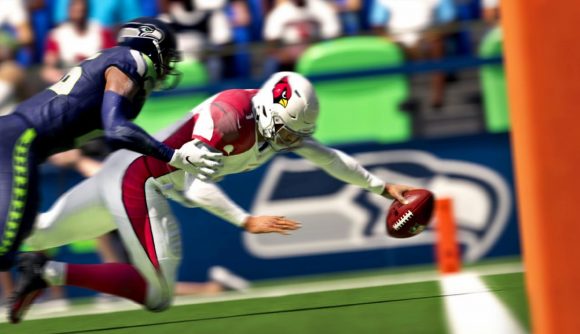 With the Madden 21 release date looming, EA has announced that there are considerable changes being made to the Madden Championship Series for the 2021 season, most notably an increased prize pot and more link ups with the entertainment side of its Madden streaming program.

After Madden 20 enjoyed a string of record-breaking months for the series in terms of engagement and viewership, Madden 20’s streaming scene ended the 2020 season with a 30 percent year-over-year increase in unique players. EA is looking to move their focus from solely hardcore tournaments to include more casual entertainment, and Madden continues to be an important cog in that process.

EA recently signed a big multi-year renewal deal with the NFL and NFLPA to continue making the Madden franchise, and will be keen to keep its momentum as a high level esport, while also bringing in new entertainment programs.

Madden 20 was the most-aired competitive gaming broadcast on ESPN and ESPN 2 in May, giving it a big springboard into the 2021 season.

On the entertainment side, one new event is Derwin James Vs The World, which sees Chargers’ Safety Derwin James play a new celebrity at Madden 21 each week. In the final week, he will face off against this year’s Madden Championship Series winner.

“We are excited about the new format for the EA Sports Madden NFL 21 Championship Series, which should raise the stakes for competitive play and offer a new level of engagement for players, fans and our partners,” Rachel Hoagland, head of gaming and esports for the NFL, says of the new season.

The Madden Championship Series has a new format and a new $1.4 million prize pool, the largest prize pool ever for a Madden series. Starting with the Madden NFL 21 Club Championship on November 10, competitive players will battle over the course of eight weeks to represent each of the 32 NFL teams. All matches will be played remotely with players joining from home, and the action will join the Tuesday evening broadcast lineup starting in October. Additional details and smaller tournaments will be announced through the year.

Open registration for the Club Championship is live until September 28 and EA says “all ages and skill levels are welcome to compete for a chance to represent their favorite NFL team”.

For registering, competitive hopefuls will receive a Madden Ultimate Team Elite Fantasy Pack for Madden 21. Online qualifications for the Club Championship run from September 10 to October 11, with the first week of early round play kicking off November 10.