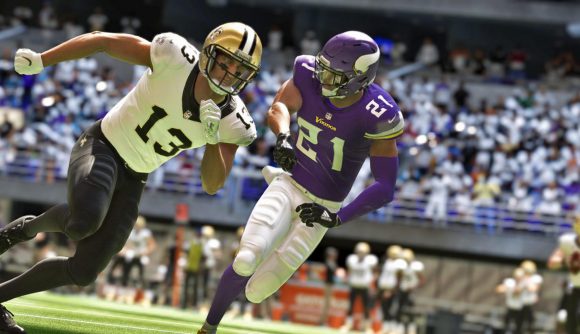 The first event is Derwin James Vs The World, which sees Chargers’ Safety Derwin James face off against a different celebrity each week, be they a fellow athlete, musician, or Hollywood actor. James previously won the Madden NFL 20 Celebrity Tournament in April, so will pose a tough foe to any of his challengers. The event begins on September 15 and lasts for 16 weeks, with James’ final challenger being the Madden Club Championship winner.

The second event is King of the Hill, which will initially feature two Madden esports pros against two NFL pros, with the winner staying on to face a new challenger each week.

“Fans got a taste of my skills when I won the Madden NFL 20 Celebrity Tournament back in April, and this time, I’m back to quiet any doubters that I’m the best Madden player in the League,” James says of his new event. “I’m a huge Madden fan and I look forward to showing up every Tuesday to take on new challengers and ultimately test my skills against the season’s best Madden player.”

EA has recently looked at expanding its audience beyond typical esports streaming channels, with The Sim’s Spark’d going out on BuzzFeed and TBS television networks across North America. For now though, these Madden events remain on the usual platforms of Twitch and YouTube, though they still demonstrate how keen EA is to build an entertainment focused audience over the more traditional, hardcore audience of high level esports.

Both events will be held on Tuesdays, with King of the Hill at 8 PM ET, followed by Derwin James Vs The World at 10PM ET. The Madden 21 release date is August 28, but players who preordered the MVP edition can get it now.