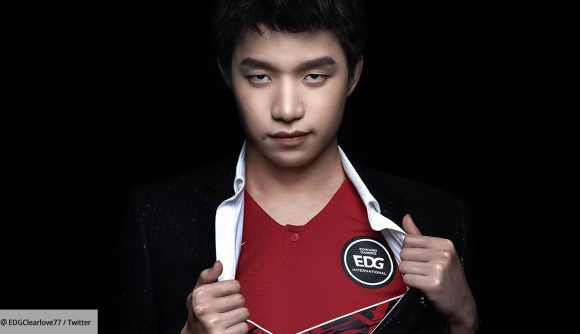 In a teaser posted to Twitter, we can see Clearlove – who became EDG’s head coach following his retirement at the end of the 2019 LPL Spring Split – sat at a PC in a suit befitting his position. However, as the camera revolves around him, we can see that he has once again taken to the Rift, signifying his return as a player. This is finally confirmed as the video cuts to Clearlove – now in an EDG jersey – who simply remarks, “I’m back.”

Prior to his retirement, Clearlove had spent five of his seven years as a professional player with EDG. During this time, Clearlove would appear at Worlds on five different occasions. And although EDG never took home the Summoner’s Cup, the team found success elsewhere, including multiple LPL titles, numerous domestic cup victories, and perhaps most notably a victory over T1 (then SK Telecom T1) in the very first MSI final back in 2015.

EDG itself has been struggling to hit its stride in the LPL over the last two seasons, missing out on Worlds in both campaigns. The reintroduction of a revitalised Clearlove may yet rally the team in-game where he couldn’t influence it from behind the scenes.

With the LPL legend clearly eager to prove that he can still go toe-to-toe with the league’s top players, Clearlove’s return to the scene will surely add to the lure of tuning into the upcoming 2021 LPL season.