Loot boxes – randomised assortments of in-game skins and other consumables which can be bought for either real-world or in-game currency – have become ubiquitous in modern gaming across all formats.

The moral implications of utilising a loot box system, however, have been called into question over the years. Belgium went as far as to actually ban the mechanic in 2018 after a debate over Star Wars Battlefront II’s system.

Now, a new report from the Gambling Health Alliance (GHA) has been published, warning of the potential dangers loot boxes pose to young gamers and their financial health. After surveying young gamers aged between 13 and 24 between October and November, the GHA found that 34% bought their first loot box when they were 13 or younger. Popular titles such as FIFA 21 and Overwatch currently do not have an age restriction on purchasing loot boxes, with most countries still not constituting them as a form of gambling.

With regards to FIFA itself (particularly its Ultimate Team mode), the report also notes that “79% of respondents who played FIFA said loot boxes had negatively impacted their gaming experience,” due to poor odds and the sheer amount of money they had to subsequently invest into the game just to build a competitive squad. This is compounded by the fact that, with each new annual FIFA game, Ultimate Team progress is wiped, leaving players with little to show for their investment.

The report also raises concerns over the difficulty of tracking spending, due to the fact that games often utilise their own currency system – converting real-world money into currencies which vary from game to game. “When asked to estimate how much a loot box costs, the most common response was between £1 and £3, but some respondents approximated that they can cost as much as £11 to £20 for a single loot box,” it further states. 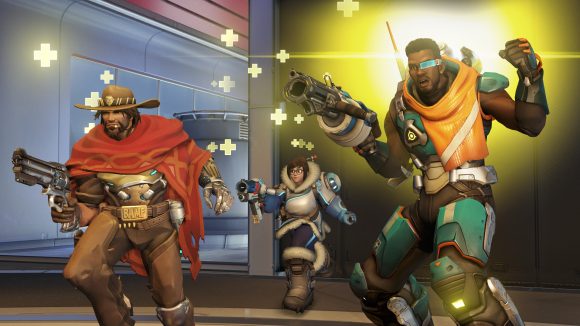 As a result of this, 31% of young gamers reported that they struggle to track their outgoings on loot boxes, while 33% said that they “did not feel in control” of their spending habits. When it comes to how much is actually spent, the report offers an average figure in the region between £570 and £1,040 annually per respondent. It is unsurprising, then, that this lucrative mechanic accounts for “between 11% and one third of the annual sales of publishers like Activision Blizzard, Take-Two Interactive Software, and Electronic Arts.”

The greatest concern raised by the report pertains to the means young gamers are going to continue buying into this system. 13% of participants ended up in debt because of loot box spending. Meanwhile, 15% had procured funds from their parents without permission. Perhaps most startling of all is the revelation that 9% borrowed money they couldn’t repay, with three of those surveyed even responding that “their families were forced to remortgage their homes to cover the costs.”

It is not only in Belgium that a firmer stance is being taken on loot boxes. Back in October, EA was found to be in breach of the Dutch Betting and Gaming Act, with the Netherlands Gambling Authority now looking to restrict the sale of FIFA Ultimate Team card packs. Meanwhile, the UK’s House of Lords Gambling Committee has called for loot boxes to be categorised as ‘games of chance’ and regulated under the 2005 Gambling Act.

It is also worth noting that, since much of the study’s groundwork was conducted, EA has implemented a new Playtime feature into FIFA 21, which allows players and parents to keep track of spending among other metrics. Although this only accounts for one title, it is good to see a positive change has already been made.