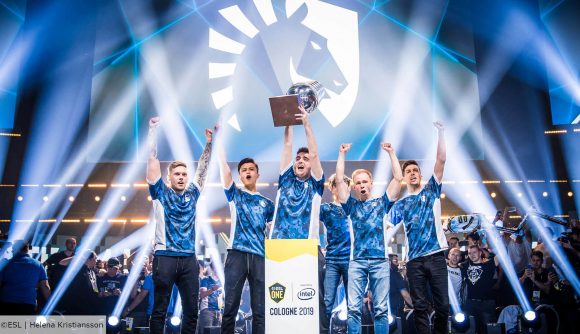 Esports information site Liquipedia has lifted the lid on which esports organisations were the most viewed across all of its wikis in 2019.

The site, which shows standings, results, rosters, and player profiles, compiled metrics from all of its esports wikis from Dota 2 to Rocket League to see which team was the most searched for across all competitive gaming communities it serves.

The results showed that the top team was, unsurprisingly, the one the site gets its name from: Team Liquid. The organisation is right up there at the top of big esports such as Dota 2 and CS:GO and have also been the strongest League of Legends team in the LCS during 2019. Combined with entries from smaller wikis such as PUBG or Rainbow Six Siege, Liquid sits pretty at the top of the pile. Liquid is followed in second place by the history-making OG, whose second The International victory in as many years made it the most talked about Dota 2 team on the planet last year.

In third are Natus Vincere, one of the top teams in CS:GO esports who also has teams in a number of other big titles.

Our Top 10 most visited team pages across all our wikis in 2019:

European organisations also outnumber the North American in the top ten, showing the increase in interest and success from teams in the region.

Some teams that could be considered surprise omissions include the likes of Team SoloMid or Ninjas in Pyjamas. There’s also no place for popular organisations like 100 Thieves and NRG.