TT Games’ Lego Star Wars: The Skywalker Saga is a triumph for Lego fans and Star Wars fans alike. Mechanically, it’s the most advanced Lego videogame available – and there’s a host of new features that keep things fresh beyond that. It’s also a comprehensive re-telling of nine movies’ worth of stories and adventures, which isn’t an easy feat. What makes Lego Star Wars: The Skywalker Saga special, though, is what you get from it beyond the main missions and everything based on the Skywalker Saga itself. Yes, I am of course talking about the Max Rebo content.

TT Games’ latest Lego Star Wars game has brought the wider Star Wars universe to life in a way we’ve never seen before, shining a light on parts of the franchise that are sometimes overlooked – such as the patrons of Dex’s Diner in Coruscant’s Urscu District or old Ben Kenobi’s neighbours in the Jundland Wastes. This creates a rich and rewarding experience for players who take the time to explore the environments and situations away from the beaten track.

However, Lego Star Wars: The Skywalker Saga has also been used to finally answer the single-most important question in the history of the Star Wars franchise – bigger than the questions around Rey’s parentage and bigger than the mystery surrounding Yoda’s species. That’s right, TT Games has answered the question of ‘what does Max Rebo sound like?’ and used Lego Star Wars: The Skywalker Saga to give Max Rebo a voice.

Max Rebo, whose real name is Siruulian Phantele, is a male Ortolan. Looking at him, his appearance can only be described as an unusual cross between a blue elephant and a dwarf from World of Warcraft. From what we know as a society about talking elephants, or any character with a fairly large nose, Max Rebo’s voice should be nasally, somewhat high-pitched, and he should even sound moderately bunged up. 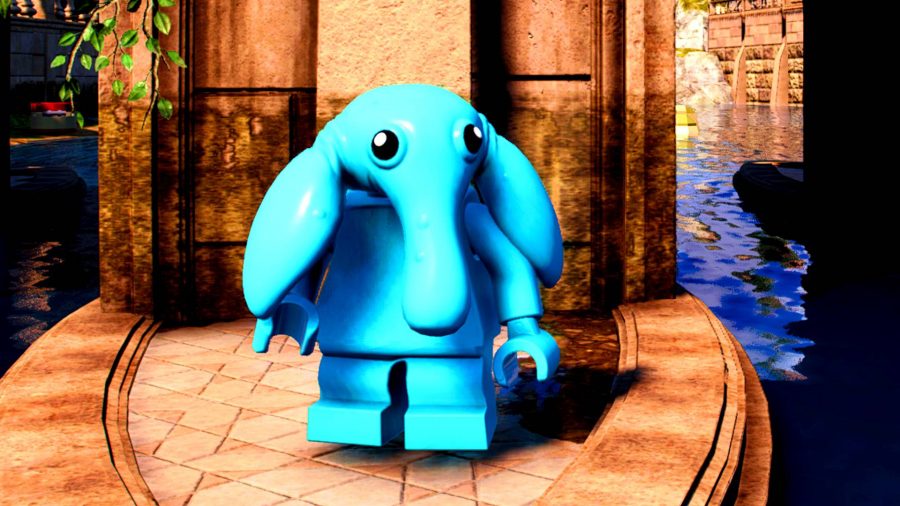 From Squidward Tentacles in SpongeBob SquarePants to Huffty in Raa Raa the Noisy Lion, these characters all sound somewhat similar enough to what we would expect characters with elephant-like noses to sound like. Thankfully, however, TT Games has decided to throw all of that out the window and give Max Rebo a voice worthy of his acclaim as one of the galaxy’s best jizz-wailers.

Max Rebo, dare I say it, sounds hot. Not just hot, in fact, but he has a voice so deep you’d find Mynocks nesting in it. It’s a voice so smooth that you could butter your portion of expanding bread without even needing to warm it through. He only utters a few lines in Lego Star Wars: The Skywalker Saga, but they’re magical – and it’s a clear example of what makes this game so special.

Enjoying a videogame, for me at least, is ultimately about the moments. I can appreciate a well-worked narrative and mechanically sound gameplay, but it’s the little things that make games stand out – and Lego Star Wars: The Skywalker Saga is full of them. Bumping into Max Rebo in the Jundland Wastes and accepting his Beats of Rage side mission is just one example of an abundance of excellent moments. 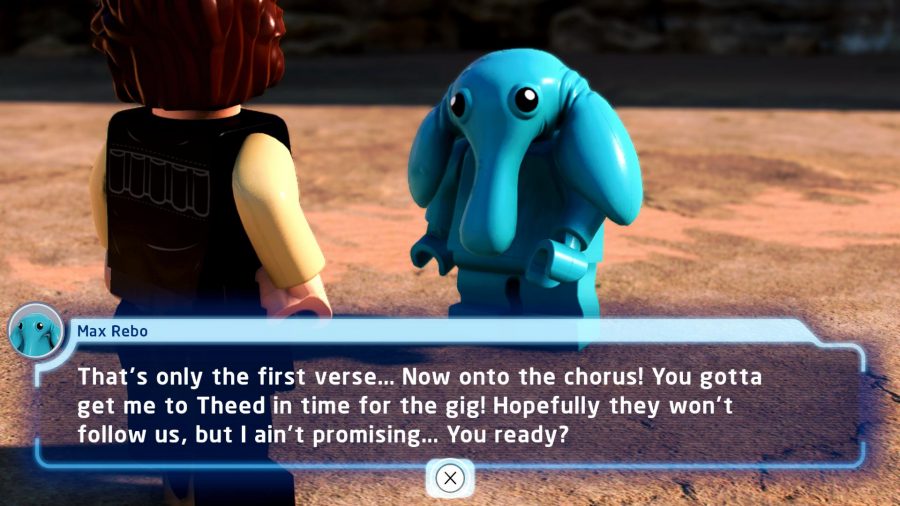 It’s an excellent moment because you don’t expect it. Of course, Max Rebo is on the Lego Star Wars The Skywalker Saga character list, but what is he doing out in the middle of the desert? Why does he need your help to get out of dodge, so to speak, when he’s clearly something of a celebrity when it comes to fans of Jizz. What TT Games could have made a simple escort mission becomes an exciting chapter in the story of a fantastic character. It might not be canon, but it is in a game that has a retelling of canon events (so, we’re going to say it’s canon until further notice).

he’s just a weird background character in a handful of scenes but... he has a strange allure

I know that it’s about game-craft as much as it is world-building, but it’s impossible to not find joy in every corner of Lego Star Wars: The Skywalker Saga. It’s hard to explain why Max Rebo is a great character – essentially, he’s just a weird background character in a handful of scenes. But, like all those other weird background characters, he has a strange allure that makes you want to know more.

And now, thanks to this game, we do know more. It might not be a lot, but it’s something that’s stuck with me. Now, every time I sit down to watch Return of the Jedi and see that strange little elephant poking his curved keyboard while Sy Snootles and Droopy McCool play ‘Jedi Rocks’, I’ll know that he has a voice that could knock the socks off of Greeata Jendowanian, Boba Fett, and even Jabba the Hutt himself.

Of course, this isn’t the only thing that makes this game incredible. You can read all about everything else – from the new combat mechanics to the stunning graphics, in The Loadout’s Lego Star Wars The Skywalker Saga review here. For now, though, just know that TT Games hasn’t just included your favourite obscure Star Wars characters in this game, but it’s brought them to life and, in Max Rebo’s case, made their voices needlessly mellifluous.