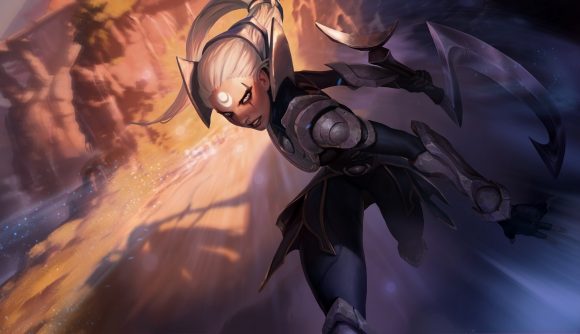 Legends of Runeterra’s new Call of the Mountain expansion includes 89 new cards, seven new champions, and introduces the Targon region. The expansion for the free-to-play card game goes live August 26, and will be available on PC, Android, and iOS.

The expansion is the first in a trilogy of bimonthly releases for Legends on Runeterra, with further sets planned for October and December. These next expansions will each feature 40 collectible cards, including three champions, making the first by far the biggest pack.

“Call of the Mountain is a wonderful opportunity to explore new areas of the League IP and an exciting update to League of Runeterra’s gameplay, giving players more ways to experience an ever-evolving array of strategies that never feel solved,” Shawn Main, Call of the Mountain’s set lead says. “We hope players will love their first experience with Targon as they discover new decks and ways to revamp classic ones.”

By the time the third expansion is released and the Call of the Mountain set is complete, all regions (including Targon) will have an equal share of champions and near-equal share of other cards. Of the 89 cards in this expansion, 51 are for Targon itself, with the other 38 spread across the existing regions.

Targon is a towering mountain, where cosmic beings lend their might to mortals. Astral dragons soar beyond the sky in the region, while tribes of the faithful devote themselves to the sun and moon.

According to Legends of Runeterra, “Playing Targon endows you with the ability to raise your units to new heights. You win by reaching the apex of your power and confronting enemies with awesome force. Align yourself with the celestial, and the stars themselves will ordain your victory.”

As well as the new region, players can enjoy new keywords, cosmetics, and challenges when the expansion releases, as well as a new Ranked season.