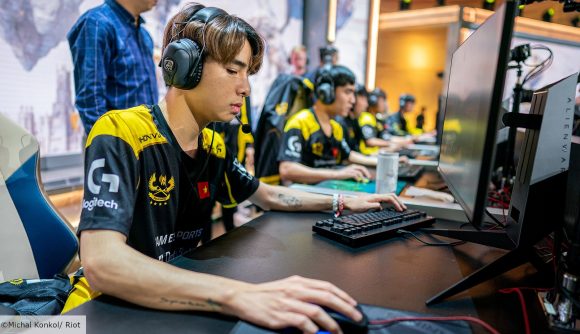 A professional League of Legends player has been permanently banned from the Vietnam Championship Series and dropped by his organisation after making inappropriate comments about the coronavirus pandemic.

SBTC Esports toplaner Phạm ‘Zeros’ Minh Lộc – who has appeared at multiple international tournaments with Vietnamese teams – was handed the ban by the VCS shortly after making the comments on stream. According to a translation, the player said he hopes the pandemic worsens so that Vietnamese teams wouldn’t have to travel to Iceland for MSI 2021 next month. This is despite SBTC being out of contention for the event, having finished fifth in the VCS 2021 Spring Split and missing the Spring Playoffs.

Following his permanent ban from competing in the VCS, Zeros was also released from SBTC. While not confirmed, this is reportedly not the first time Zeros has been reprimanded by the VCS, which might explain why he was issued a permanent ban this time around.

While Zero’s comments were inappropriate in any context, they could be perceived as particularly disappointing for Vietnamese LoL fans. The VCS’ two representatives for last year’s LoL Worlds had to pull out of the competition due to travel restrictions in the country, meaning they couldn’t make the trip to Shanghai.

During a livestream, Zeros said that he would hope that the situation would worsen in Vietnam, so that the VCS winner could not attend MSI 2021 in Iceland.

Zeros is an established name in Vietnamese League of Legends. Representing the likes of GAM Esports and Saigon Buffalo, the toplaner has three VCS titles to his name, has appeared at two world championships, and even featured at the last MSI in 2019.