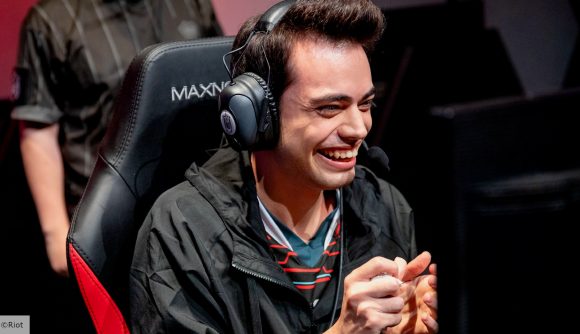 A former teammate of Turkish League of Legends player Mustafa Kemal ‘Dumbledoge’ Gökseloglu – who last week called time on his career after enduring years of abuse – has denied claims that he was one of the multiple pros in the Turkish LoL scene who had been making homophobic remarks about the openly gay support player.

Dumbledoge – who was dubbed the ‘Faker Slayer’ after his famous First Blood on Korean superstar Lee ‘Faker’ Sang-hyeok at MSI 2015 – announced on February 21 that he would be leaving TCL team SuperMassive and provided a lengthy statement highlighting the many instances of homophobic abuse he has faced during his career, along with evidence.

While many of those that are mentioned in the statement have apologised for their behaviour or have previously made amends with Dumbledoge, his SuperMassive teammate Berkay ‘Zeitnot’ Asikuzun has defended himself after being called out as one of those involved in the controversy. In a statement of his own, Zeitnot claims that it is not him being shown in Dumbledoge’s screenshot evidence but an impersonator, and that while the AD carry knows he has been “rude” to teammates in the past, he has never been discriminatory.

Zeitnot’s statement, after translation, reads: “I would like to say that it is not me that you see with the name ‘Zeitnot’ in the screenshots that Kemal shared. Secondly, I should not have raised my voice and spoke roughly in the discussion between us on Kemal’s involvement in the post-training meeting with our coach. However, I would like you to know that I have never used a discourse that can be perceived as discrimination in any sense, in any discussion. I categorically reject accusations and implications of hate speech.”

He adds: “Although I have nothing to do with discrimination, I accepted the punishment of my team for acting unprofessional by acting rude.”

Zeitnot featured in last weekend’s TCL fixtures, despite the accusations from Dumbledoge. SuperMassive has not commented on the contents of his statement.