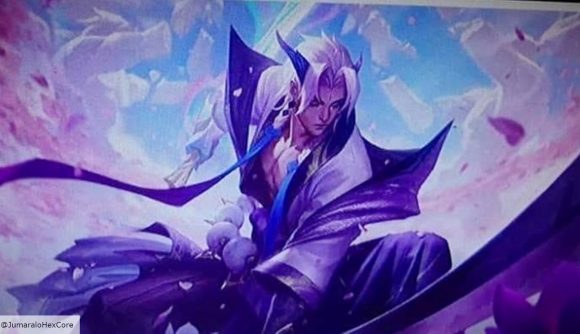 After it was officially revealed that Lillia would be the first new champion to be introduced during the summer of 2020, attention has now turned to who the second new champion that was promised by Riot will be.

And if some new leaks are accurate, it seems pretty much certain that it will be Yasuo’s brother Yone who will be joining the League of Legends lineup as champion 150 this summer. While the reveal of Lillia was a surprise for most, Yone’s name has been mentioned several times already in the Runeterra universe. He has appeared in the game’s lore as the murdered older brother of Yasuo previously, and also has a card in Legends of Runeterra. Yone’s release will also live up to Riot’s promise of adding in champions mentioned in the game’s lore after the positive reception of the likes of Senna.

While the chances of Yone being added this year were already high, the leaks all but confirm that he will be released very soon after Lillia (who drops on July 22) during the Spirit Blossom event.

Voice line files for Thresh that make reference to Yone have been discovered in the files for Patch 10.15, and splashart has also leaked of what looks to be both his default skin (tweet two) and a Spirit Blossom skin that he will probably be released with (tweet three) similarly to Lillia.

Not much is known about what abilities Yone will have, but he will likely share a lot of similarities with Yasuo as both were raised and trained as Ionian warriors.

We also don’t know what the context of Yone being introduced to the game will be, seeing as he was supposedly murdered by Yasuo. Has he been resurrected? Or did he just do a real good job of playing dead? Who knows.

If Riot is planning to release Yone alongside Lillia at the beginning of the Spirit Blossom, then we should expect a reveal very soon. It could also be that he is released further into the event, but either way, it looks like we won’t have long to wait for champion 150.