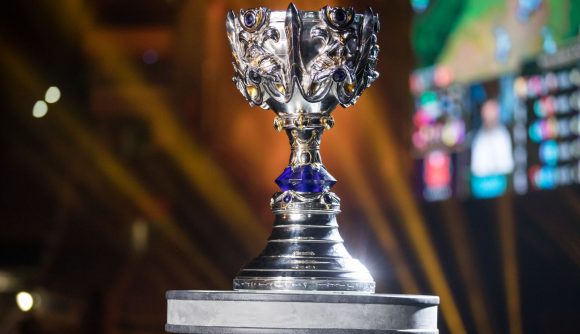 It’s been a wild month for announcements from Riot Games, and it seems set to continue into the new year. Several Riot executives spoke at the press conference ahead of the League of Legends World Championship final, and it seems like there’s plenty more to come.

The developer announced a number of new games as part of its 10th anniversary celebration last month, including a first-person shooter, and the card game Legends of Runeterra, which had a brief beta period. Plus, Riot introduced Teamfight Tactics earlier this year, which has become a hugely popular game mode. There has already been an invitational tournament featuring some of the game’s top streamers, but it sounds like we can expect more professional play to come in the future.

“We’re talking about how to evolve esports around the new games,” says John Needham, Riot’s head of global esports. “If our fans demand esports and we feel the games are ready for esports, we’re gonna do it. We’re Riot, it’s kind of what we do. You’ll hear some announcements at the end of this year and next year.”

League of Legends will be getting a few changes too. Latin America has seen a merging of some of its regional leagues, and it seems we will be seeing a similar thing around the world over the next few years.

Plus, there may even be scope for a brand new international competition, akin to the Overwatch World Cup, where countries will compile a team for a big tournament with national pride on the line.

“We talk about that all the time, we can unlock a deeper fandom with national teams and competitions,” says Needham. “It’s certainly on our radar as a possibility.”

Riot has brought franchising to North America and Europe with the LCS and the LEC, where teams buy into the league and enjoy the benefits of revenue sharing. It makes sense that the model will make its way to other regional leagues too, but Riot is remaining tight-lipped for now.

“The LCK is the father of esports,” says Needham. “It’s an incredible market for us and our sport. We don’t have any news to share on franchising, but hopefully we’ll have some exciting things to talk about soon.”

As the success of esports and League of Legends grows and grows, so to does Riot Games’ ambition. It’s already the most popular esport in the world, and now it’s aiming to expand that even further. Plus, with more games on the horizon that are set to benefit from the money and polish that the Riot juggernaut can bring, expect to see more popular esports hitting the scene within the next couple of years.