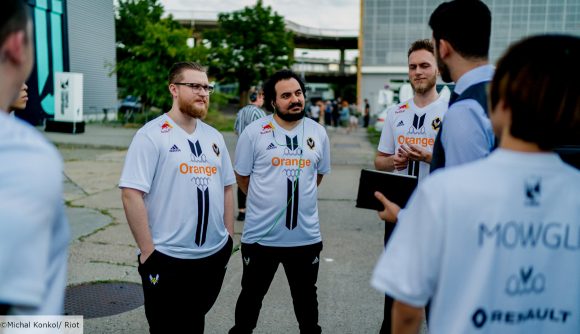 The co-founder and CEO of Team Vitality, Nicolas Maurer, says that he believes the organisation’s League of Legends team can compete with the best in the next two to three years, despite a disappointing 2019.

Speaking to The Loadout at the launch of Vitality’s new V.Hive facility, Maurer revealed his expectations for his League of Legends team, as well as dropping hints as to how the org will approach recruitment. He also expressed his disappointment at the outcome of 2019, after a surprisingly strong showing the year before.

“2018 we performed very well with a bunch of rookies and a great coach,” Maurer says. “Lucas ‘Cabochard’ Simon-Meslet led them and it went extremely well. 2019 we had the choice of stability and to continue improving this core roster, but it didn’t pay off for a variety of reasons. Maybe some players were not motivated enough, maybe they were not clicking together, lack of synergy, a lot of things… so this year we weren’t very happy and going to the playoffs isn’t enough for us. We had higher expectations.”

When asked how he thinks the team can bounce back from a disappointing season, Maurer explains that it could be a long process and talked through his approach for future recruitment.

“It’s not exactly about what we do next year – that used to be the question in League when there was relegation,” he says. “You couldn’t do anything but scramble to sign the biggest name on the market. Now, a lot of teams go for safe signings. You know, ‘maybe this guy’s getting older and he might not be the best around but OK, he’ll deliver and be average.’ That’s not as exciting as a prospect. If I have the choice between an average player I can sign and a prospect, I’d rather take a younger player who has more potential.”

Despite Maurer’s optimism and clear vision, since he has spoken to The Loaodut Vitality have suffered what could be a big blow after their head coach Jakob ‘YamatoCannon’ Mebdi announced that he was open to offers from other teams.

Contracted under Vitality but I am allowed to explore options for the 2020 season and onwards, if you have interest, you can reach out through DMs where I will provide you with an email address.

Whether this will affect Vitality’s planned rise back to the top is unclear. Maurer says he hopes that within a couple of years the team will be considered one of the best in the world and can compete at the top of their game.

“Next year I want to see improvement. 2020-2021 is when I want us to contend with the best. I’m happy to take our time with our League team, but make sure that it’s a project that makes sense and ultimately has a lot of potential. Because again I’m not excited signing an average player, it’s not enticing to me, so I’d rather take the time to build something to create our own great team in the next two years.”