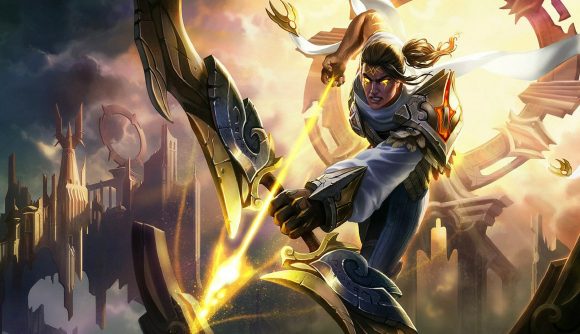 It seems that every now and again there is one League of Legends champion that strikes universal fear into the hearts and minds of the game’s professional players (anyone remember 2019 Worlds Pantheon, sheesh!). And with the Summer Split upon us in LoL’s top esports leagues, one champion has stood out from the rest for his super high ban rate – Varus.

Across the competitive LoL scene’s top four leagues (LCK, LPL, LEC, and LCS) Varus is by far and away the champion with the highest presence rate, with the overwhelming majority of that being through bans rather than picks.

In the LCK, LPL, and LCS, Varus has a 100% presence rate for their respective Summer Splits, including a 100% ban rate in the LPL, according to stats from GoL.gg. That’s right – he’s been banned in all 126 LPL Summer matches so far. Over in Europe, Varus has a 97% presence rate but, this again is overwhelmingly leaning towards bans rather than picks.

Despite pro players being terrified of the arrow-slinging marksman, of the eight games teams have managed to pick Varus, they’ve only been victorious in three of them.

The LEC is the only one of the four top leagues in which Varus is not the most banned champion. Just pipping him to the post is Syndra, who has been banned 31 times. While the Europeans seem slightly braver in letting Varus slip through the ban net, it’s safe to say that his strength on the Rift has the majority of pro players very worried indeed.