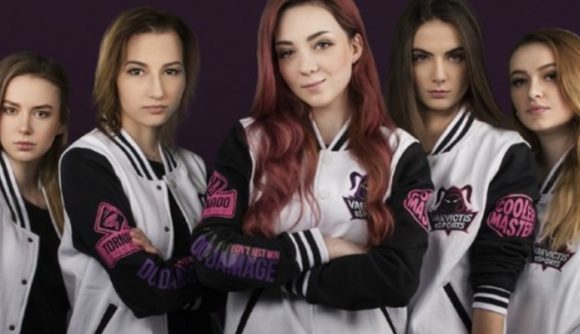 The first all-female lineup to compete in the top division of League of Legends, Vaevictus, has been kicked from Russia’s LoL Continental League (LCL) after a series of poor results.

Riot Games Russia released a statement which says the roster had an “unacceptable level of competitiveness in a closed league” as Vaevictus failed to win a single game in both the Spring and Summer Splits last year. Last Summer, the team had an average of 27 deaths per game, 10 more than the next highest in the league, and had the shortest average game duration in the LCL of 22 minutes 11 seconds.

Vaevictis was subject to prejudice from other teams at the start of last season with RoX and Vega Squadron both receiving warnings for gender discrimination and a lack of sportsmanship. Teams would regularly play off-meta champions when facing the female squad.

The team will still have a chance to re-enter the league as the players can compete in the Open Cup which offers them an opportunity to return to the league next year.

Replacing Vaevictus will be Team CrowCrowd, an organisation that has been competing in semi-professional leagues since 2016 in hopes of eventually joining Russia’s major league.

Former professional player Kirill ‘Likkrit’ Malofeev is the owner and strategic director of the organisation. The pro is will be remembered fondly by LoL fans as he was part of the infamous Albus Lox Luna squad that in 2016 became the first-ever wildcard team to reach the knockout stages of the World Championships.

Likkrit, who has always been vocal, retired from professional play back in 2017 after Riot Games handed him a six-month ban from Riot events for insulting the game publisher and the LCL on his own stream. Now he has returned to the very same league but will not be competing on the stage.