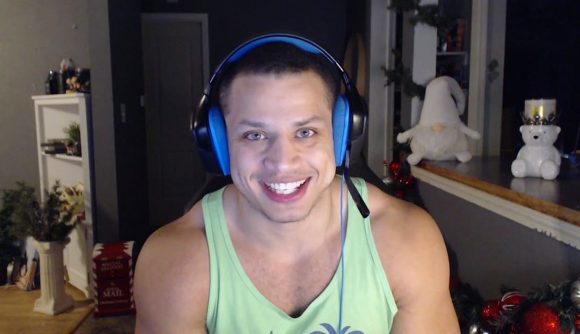 It’s safe to say that Tyler ‘Tyler1’ Steinkamp loves a good challenge. At the start of League of Legends Season 10, he decided to go on a complete hiatus from streaming and social media to focus on becoming a Challenger-ranked jungler, which was a role he had never previously played.

Now, he’s achieved another impressive achievement in ranked League of Legends that didn’t even require him to go dark from Twitch. That’s because Tyler1 has now shown his skills on the Rift in yet another position: top lane. During a mammoth 20-hour stream, Tyler1 tries desperately to climb the LoL ranks as a toplaner to reach Master by the time Season 10 ends in just a couple of days. And thanks to an impressive run of games that see him clock up a 22-3 record, he does it.

The streamer goes on to big up his achievement by reminding his viewers that this is the “hardest time to play ranked” due to everyone desperately trying to rank up before the season ends.

As you’d expect for one of Twitch’s biggest streamers, Tyler1’s achievement was watched by a large audience of just under 80,000 viewers.

As is usual for Tyler1, one champion has stood out as his main for climbing the ranks in a new position. Olaf was his staple pick for his jungler challenge, but for his top lane climb it’s Cho’Gath that has emerged as his go-to champion.

His remarkable 22-3 record during his stream includes a crazy 16-game win streak. Most of these were played with Cho’Gath, but there were cameo appearances from Urgot, Heimerdinger, and his old pal Olaf.

While his Master climb as a toplaner falls a few ranks short of his Challenger jungle account, it’s still a pretty impressive feat for someone who was strictly an ADC prior to this season. We wonder if Tyler1 will look to conquer mid lane and support in Season 11…