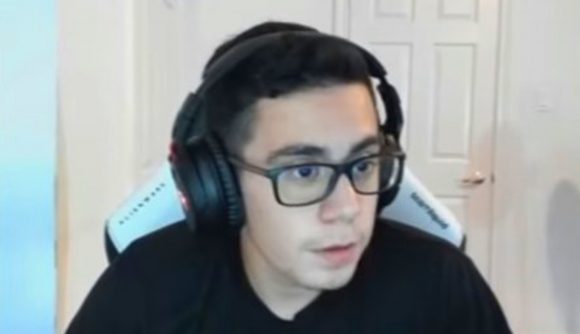 League of Legends streamer Ashkan ‘TF Blade’ Homayouni has revealed he was banned from the Korean server for poor behaviour earlier this month.

As reported by InvenGlobal, on March 5 TF Blade insulted a teammate while streaming himself playing on Twitch, leading Riot to ban him for breaking rules around bad behaviour. Using Jax, TF Blade grew frustrated with a jungler on his team and threw profanity at him in the game’s text chat.

In a livestream on March 11 in which TF Blade wanted to discuss his Korean ban, he was joined by Cloud9’s Lee ‘Rush’ Yoon-Jae to talk about the incident. In the clip below, Rush tells him he probably should have been punished sooner for his poor conduct with other team-mates. “I’m surprised you didn’t get banned a week earlier, no joke,” Rush says. “They love you, they didn’t want to ban you, but they needed to do it.” This is the second server he’s been prohibited from in such circumstances, getting a 14-day ban from the Turkish League for making incendiary remarks about players there.

Despite TF Blade’s track record, he claims that he feels Riot Korea has been “targeting” him unfairly, even labelling his ban as a “racist” act.

Later in the stream with Rush, TF Blade says he’ll be returning to the NA scene with the intent to come back to Korea another time to complete his global conquest. He also apologised for his actions.

TF Blade has been trying to reach Rank 1 in every server in the world, having already achieved it NA, EUW, EUNE, LAS.