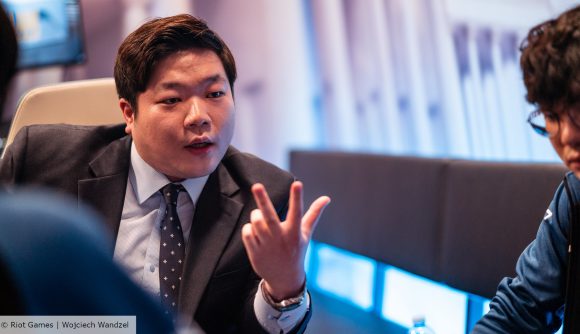 Kim ‘Kim’ Jeong-soo spoke to Inven Global ahead of the start of the LCK about the team’s recent scrims, the top lane, and the organisation’s goals, and it appears the team is in it for the long run. T1 is targeting a place at LoL Worlds once again this year according to Kim, although lifting the Summoner’s Cup is a target a few year’s down the line.

“As we scrim, what I feel is that we’re not immediate favourites,” Kim tells Inven Global. “Our goal is obviously to win the championship, but we’re looking at the long run. I’d like to bring up the team until summer so we can win the championship and reach Worlds as well.”

Kim replaced Kim ‘kkOma’ Jeong-gyun as the coach last year on a multi-year deal. T1 clearly hope Kim can replicate his Worlds winning success with the relatively new roster and start the decade off on the right foot.