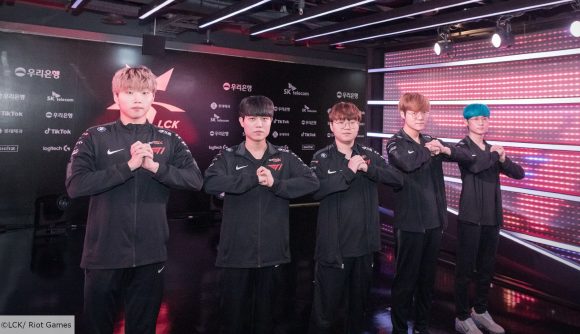 T1 has now apologised following reports that moderators of its Discord server were not allowed to take action on hate speech posted by community members, despite it being the esports organisation’s policy to delete “any malicious comments” on its communication channels.

The statement follows a tumultuous time for T1 fans, which is summarised by a recent Reddit thread collating some of the problematic posts in the Discord server, as well as the challenges faced by the mods when attempting to remove them. Among the screenshotted conversations are chats between the mods and T1 community manager Stella, who appears to stop the mods from banning the offending posters, even going so far as to consider taking away their moderator privileges.

In the now-deleted apology, T1 promises to bring in more experienced staff and mods and start communicating with fans “in a more diverse way.” The company has also reiterated that it “does not tolerate hate speech in any form, which includes racism or homophobia.” T1 says that it is committed to “building a future where all T1 platforms foster and safeguard environments where everyone is welcome and supported.” 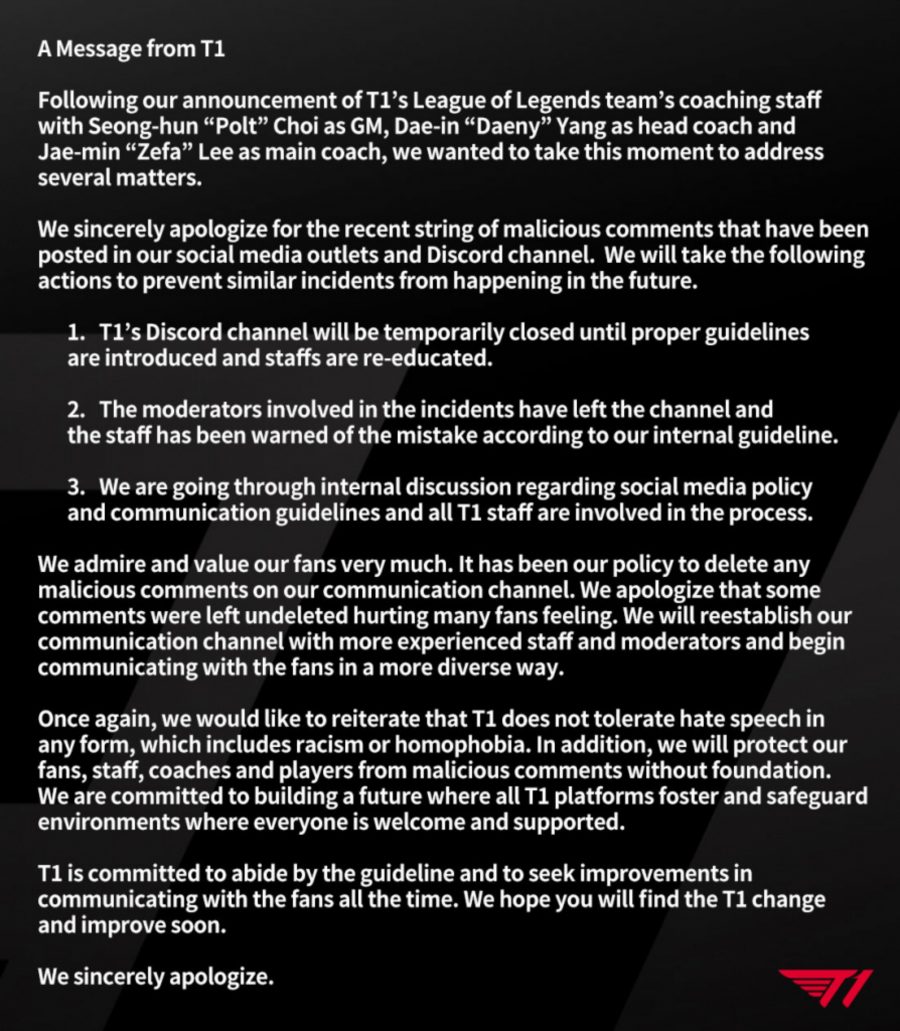 T1’s Discord server has now been temporarily closed until “proper guidelines” can be introduced and staff are “re-educated.” The company also plans to have an internal discussion on its social media policy and communication guidelines that will include all T1 staff.

This is the latest in a string of controversies for T1. Its players and staff have been harassed by fans following its failure to qualify for LoL Worlds 2020, and CEO Joe Marsh has started to take legal action against those responsible.