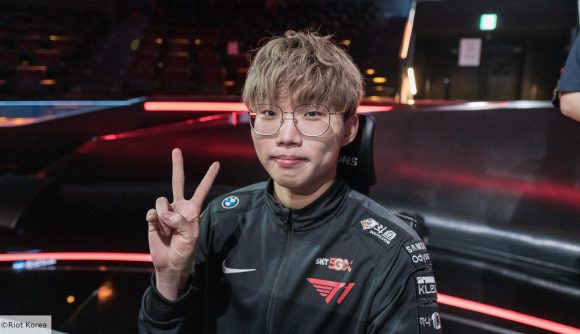 T1 has extended the contracts of two of its most promising players ahead of the 2021 League of Legends season. The organisation, which has come under intense scrutiny from its own fans recently for failing to qualify for LoL Worlds this year, has offered new deals to toplaner Kim ‘Canna’ Chang-dong and midlaner Lee ‘Clozer’ Ju-hyeon.

Canna was considered T1’s top performer despite the team’s disappointing end to the season. The 20-year-old has signed a new deal that will see him stay with T1 until 2022.

Meanwhile promising midlaner Clozer has also impressed in his first stint with T1’s first team. The 17-year-old was controversially promoted to the starting roster to replace legendary LoL player Lee ‘Faker’ Sang-hyeok. While this incensed a portion of T1’s supporters, Clozer put in decent performances despite having enormous shoes to fill. He has now been awarded a two year contract, with the option to extend it for a further year.

T1 now heads into the 2021 season with a ten-man roster, meaning it has two options for every role. It recently promoted 16-year-old toplaner Choi ‘Zeus’ Woo-je to the main roster as competition for Canna, and also brought in former DRX support Ryu ‘Keria’ Min-seok.

With such a large roster, it has plenty of options and competition which should hopefully propel the iconic organisation back into the upper echelon of League of Legends esports.

The roster will also be overseen by the two coaches that guided DAMWON Gaming to win LoL Worlds this year, Yang ‘Daeny’ Dae-in and Lee ‘Zefa’ Jae-min.