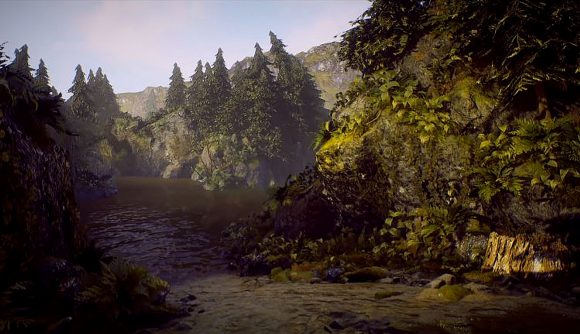 A League of Legends fan and indie game developer has made a beautiful and life-like recreation of Summoner’s Rift using Unreal Engine 4.

Wayne S crafted a realistic-looking version of the famous map using the Unreal game engine that is created and owned by Epic Games and was used to build not only their famous battle royale, Fortnite, but also other popular titles such as Borderlands 3 and The Outer Worlds. The “mini-project,” as Wayne S describes it, took just a few weeks to complete and was only being worked on for a couple of hours a day. However, what he has built is a gorgeous recreation that allows League of Legends fans to see what Summoner’s Rift might look like in the real world.

In a video showcasing his work, Wayne S takes us through not only the creation process for this project but also his motivation for starting it in the first place. “I believe converting stylistic visuals into realistic ones is a great way to hone your skills [as a level designer],” he says. “Since stylisation tends to be simplistic, you have to add details that were previously not there.”

He goes on to explain that he got the idea while he was playing League of Legends himself and says that converting LoL’s simplistic art style, which is done to give maximum focus on the gameplay rather than visuals, into a realistic one was an “enticing” project

In Wayne S’ awesome recreation, he also takes objects like trees and turrets – which compared to the game’s champions are of “abnormal” size – and rescales them to a more life-like size.

He also says a main focus was to make it look appealing and life-like from both the top-down view like we get in League of Legends but also from a first-person perspective of someone walking through the scene.

While the art style of League of Legends will likely remain as it has done for the last decade and won’t venture into the realm of realism, it is amazing to see a map that millions of people have spent so many hours battling in brought to life in this way.