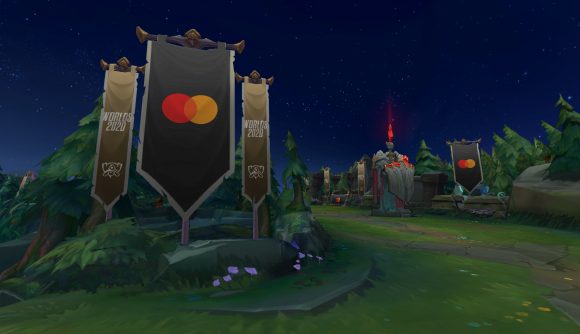 It turns out the Summoner’s Rift isn’t exempt from the world of advertising. Riot Games has announced that from the start of the Summer Split next month, in-game arena banners will start to display advertisements League of Legends esports sponsors.

The banners will only be visible to spectators, so professional players won’t be able to see them when they take to the Rift. This should prevent the ads from interfering with professional play and allow Riot Games to display its sponsors in a way that’s similar to traditional sports.

“From our live events, to our online broadcasts, we strive to define modern sports by continuously innovating how audiences experience League of Legends,” Naz Aletaha, head of global esports partnerships at Riot Games says in a press release. “For the first time in League history, arena banners put our partners’ brands directly on the field of play, creating an immersive experience that echoes the energy found in major sports arenas.”

It looks like MasterCard and Alienware are the first sponsors to make use of the new arena banners but plenty more will follow.

According to Riot, fans can “expect to see leagues begin to experiment with unique approaches that will deeply integrate our partners” in the future, so expect more of this on the Rift as we approach LoL Worlds 2020.