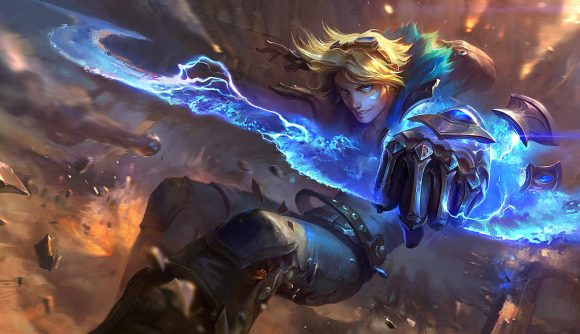 As patches come and go in League of Legends, so too do its metas for competitive play. Whether you’re climbing the LoL ranks or competing at the highest level of League of Legends esports, there will always be go-to champions and those that no one wants to face.

But what have those trends been like in LoL’s top esports leagues? While play styles vary from region to region, there are some startling similarities alongside the glaring differences when you start having a look at the numbers. Ahead of each region’s Playoffs, we’ve had a trawl through the stats, courtesy of GoL.gg, from the Summer Splits in the LEC, LCS, LCK, and LPL to see which champions ruled the meta, and who was being struck with the ban hammer the most often.

The most widespread trend among the globe’s elite LoL players is that Ezreal has been a super solid pick this split. ADCs have been keen to take the Prodigal Explorer into the Rift, and while he has seen some resistance in the ban phase, he’s managed to slip through unchallenged on plenty of occasions.

While Ezreal was only the seventh most played champion in the Chinese LPL, he was the top pick for players in the LEC, LCS, and LCK; a testament to his popularity in all three regions.

On the topic of champion picks, the European and North American leagues had the exact same top three champions, with Ezreal first, Sett second, and Aphelios third. Play style from teams on either side of the pond appear to be pretty similar, however it’s a different story over in Asia.

Alongside Ezreal in the LCK’s top three was Aphelios and Twisted Fate, while in the LPL Ashe was picked the most, with Aphelios and Nautlius close behind.

Every region has a completely different top three when it comes to the most banned champions, with the exception of Syndra who appears in the top three for the LCS, LEC, and LPL.

In the LCK, Sett tops the charts for bans, while in the LPL Varus was pro players’ most banned champion by a long stretch (205 times to be precise), with most of those bans coming in the first half of the split.

Kalista was the most banned in the LEC, while in the LCS Twisted Fate was locked out more than any other champion.

Picks and bans are all very good, but which champions were delivering the goods on the Rift? Well each region has a different champion at the top when it comes to win rate percentage (for champions picked more than ten times) with some surprise names in the mix.

The best win percentage in the LCK goes to Camille, although at just 73% her win rate is dwarfed by the top champions in other leagues.

Interestingly, Gnar takes that crown in the LPL with 82%. Kalista is on top in the LEC with 80%, but the best win percentage for any champion in the top four League of Legends leagues is… Gangplank. Yup, Gangplank won 83% of the games he featured in throughout the Summer Split in the LCS. Incredible.

It’ll be interesting to see whether these trends from the regular season continue into the Playoffs and then into Worlds next month. Perhaps one champion stands out as a top pick or must ban (2019 Worlds Pantheon springs to mind). Or the melting pot of play styles from each league will just see a wide variety of champions getting some time on the Rift.