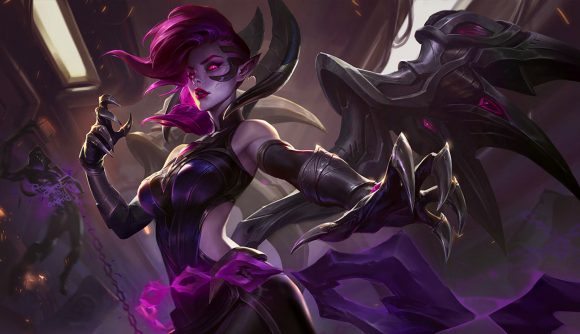 A Korean livestreamer has got a double dose of frustration after being trapped in a three-hour League of Legends game thanks to some pesky stream snipers, only for her to then be banned by Riot for 14 days.

As spotted by Redditor ‘Ichsterb’, AfreecaTV streamer ‘kkyuahri’ was locked into a horrendously long match of LoL, with screenshots showing the game to be going on for at least 216 minutes – that’s over three and a half hours. According to the Redditor, the streamer was targeted by four stream snipers – two on her own team, and two on the opposition team. Working together, the stream snipers would employ various strategies to sabotage the game and ensure that it couldn’t be won or lost. Due to there being two of them on each team, it was also not possible for either team to successfully surrender the match.

While in this never-ending cycle of trolling, the streamer also racked up an obscene amount of deaths. In one screenshot, her KDA can be seen as 3/121/6.

Knowing that AFKing or disconnecting would likely land her a ban, the streamer decided to ride out this extreme case of streamsniping. However, she still got slapped with a 14-day suspension despite seemingly being the victim. This is likely down to her abnormal KDA, even though this of course appears to be no fault of her own.

With the match clearly being detected as problematic by Riot’s systems, this might be why the three-and-a-half-hour hell match is not appearing on any related OP.gg pages.

kkyuahri – who mainly streams FIFA Online 4, the free-to-play FIFA game available in Asian markets like South Korea and China – has also been talking about the LoL incident in the posts section of her AfreecaTV page, however The Loadout has not been able to accurately translate these from Korean to English.

The full VOD of the stream in question is not also up on kkyuahri’s page, but a few short clips do exist here.

It’s also not known if any of the four streamsnipers faced any account suspensions.

Let’s hope you never have to face the prospect of a three-and-a-half-hour hijacking at the hands of trolls in your next League of Legends ranked match.