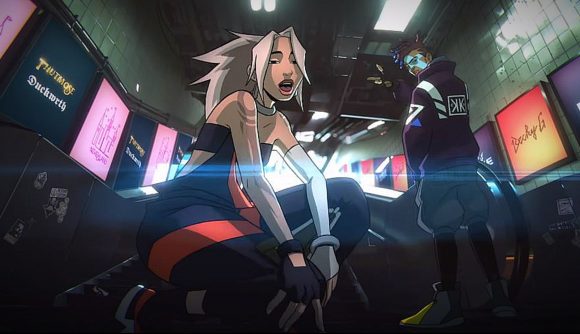 True Damage and K/DA are two of the League of Legends community’s most loved bands, and the artist who lent her voice to Akali in both music groups seems keen to jump into the Rift with her as well.

Korean rapper and singer Soyeon, who is the lead member of (G)I-DLE, put up a surprise YouTube stream of her playing a few games of LoL, using firstly Ashe and then True Damage Akali herself. With Soyeon herself decked out in merchandise featuring the two LoL bands she has been a part in, she streamed to over 20,000 people.

Her first game as Ashe saw Soyeon go 0/8/2 and failing to win the game, however she posted a slightly more respectable 5/3/10 K/D/A in her second game as the champion she portrayed in the League of Legends bands, with her team coming out victorious.

(G)I-DLE are one of Korea’s biggest girl groups, and fans will almost certainly be hoping to see Soyeon return for a third time to bring a Korean twist to the next League of Legends band after her performances in POP/STARS and Giants.

As celebrities across the world look to streaming to keep their fans engaged amid the increasing bans on mass gatherings and events, expect to see more and more big names pop up on platforms like YouTube and Twitch. While not all will jump into some LoL like Soyeon, we’ve already seen a few – such as Lord of the Rings actor Dominic Monaghan – ask their fans to help them get into League of Legends.