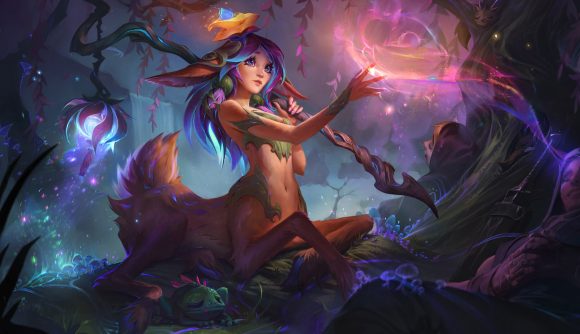 As the curtain falls on yet another season of ranked League of Legends, the results are in as to how each region fared throughout 2020. Reddit user u/Sdgedfegw compiled the rank distribution stats from all of the LoL servers around the world (excluding China), and the data makes for some interesting reading.

As you’d expect to see in a typical ranked season, Silver and Gold were the most densely populated tiers of the League of Legends ranks. Gold 4, specifically, was the most populated rank on each server, which makes sense as this is the cut off point to bag Season 10’s Victorious skin reward, which will be donned by Lucian.

However, digging deep into numbers for the top ranks on each server shows that Brazil had the highest percentage of ranked players hitting Diamond or above – but only just. 2.994% of players on the Brazilian server finished Season 10 in Diamond, Master, Grandmaster, or Challenger, which just tops Korea’s 2.961%. A big vamos to our Brazilian readers, great job.

On the other end of the spectrum, it was the EU Nordic and East server, which covers Scandinavia and Eastern Europe, that had the highest percentage of players stuck right at the bottom of the ranked ladder. 0.386% of EUNE players were unable to get past the very first rank of Iron 4. Try again next season, gamers.

Then there’s the case of just how many people were playing ranked League of Legends? Without China’s data, Korea had the highest number of ranked accounts with over 4.7 million. Totalling up the count from all regions in u/Sdgedfegw’s data, a grand total of 18,061,905 accounts competed in ranked League of Legends in Season 10 – and again, that is without data from China.

With a massive item overhaul hitting League of Legends during the preseason, it will be interesting to see how closely the numbers in Season 11 will match the ones here.