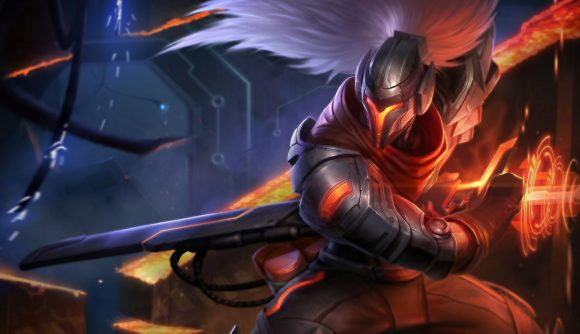 If your new year’s resolution is to climb the ranks in League of Legends, then your preparation time is coming to a close. Get ready to grind your way through a new set of placement matches because Season 10 will start later this week.

The game’s Twitter account posted new images yesterday featuring the new season logo and a countdown to the launch date on January 10. The image appears to feature Urgot the Dreadnought, whose chains are seeking a new unfortunate victim.

Season 10 will feature a soft rank reset, according to Dot Esports, so you shouldn’t see a significant drop from last season. Players will get a provisional rank following the conclusion of their first ranked match of the season. Ranks will then be calibrated following the conclusion of the rest of the placement matches, but your performance in the pre-season will also be taken into account.

You’ll still earn LP when you play placement matches, but don’t worry if you lose – you won’t suffer any penalties.