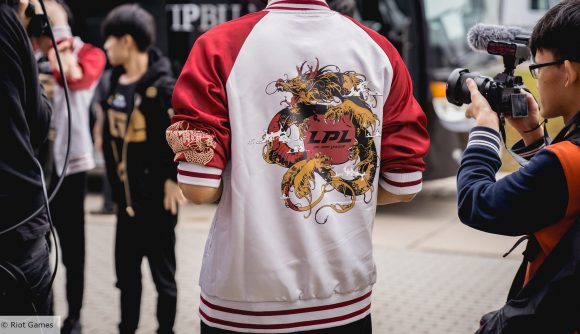 Rogue Warriors has terminated the contract of jungler Wang ‘WeiYan’ Xiang after being accused of match fixing.

In a Weibo post from the organisation, which was translated by ESPN, Rogue Warriors vaguely claim WeiYan – who was promoted from the development team into the starting roster just a matter of weeks ago – had “conducted activities” during the LPL Spring Split that go against the team’s rules and that he has faced “repeated reminders” over his conduct previously but ignored the warnings.

“The investigations by the club has determined that Rogue Warriors player Wang Xiang [WeiYan] conducted activities during LPL Spring 2020 competitions that seriously violated the team’s rules and disciplines,” the organisation says in the Weibo statement. “Hereby, based on longstanding zero tolerance, the organization will officially end Wang’s ‘player service contract’ and submit relevant documents to the league. Even after a year of repeated reminders and warnings, some still chose to ignore the rules which led to severe consequences. We hereby once again remind our players to remind themselves not to violate club and league rules.”

While the statement didn’t explicitly say what WeiYan had done wrong, a separate anonymous Weibo post showed screenshots of the jungler discussing match fixing prior to two different LPL fixtures.

With WeiYan departing, the jungler he replaced just a few weeks ago, Chen ‘Haro’ Wen Lin, will now likely return to the main roster.

Rogue Warriors currently sit in 12th position in the LPL with a 3-5 record.