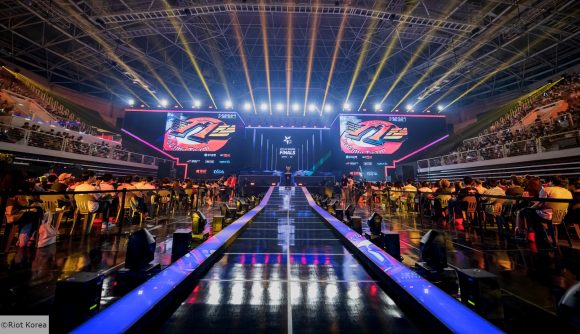 The CEO of Riot Games Korea and one of the main figures behind the scenes of the LCK has passed away after a battle with liver cancer.

Park Jun-kyu, who was also known by many in the community as Jaysen Park, joined Riot in 2014 and was made CEO of Riot’s Korea-based team in January 2019. He was also one of the key figures behind the growth of the LCK last year. Inven Global reports that he spent most of last year knowing that he had cancer but still continued to work all the way up until the very end of 2019.

In reaction to the news on Reddit, Riot’s CEO Nicolo Laurent describes Park as a “great man” who had led the company’s efforts in Korea with “high integrity and passion.” There was also a tribute from LCK caster and GM of 100 Thieves’ League of Legends operations Chris ‘PapaSmithy’ Smith, who praised Park for his efforts to promote and broadcast the LCK to English-speaking fans. He also describes Park as a “super friendly, approachable guy” and says he was “unaware” of his medical condition throughout last year.

There was further tribute from the head of Riot’s music department, Toa Dunn, who thanks Park for the “positive impact” he had on the Riot Music Group. He also says that “Worlds 2014 (Imagine Dragons) and Worlds 2018 (K/DA) was possible because of him.”

… I don’t have the words to express how much positive impact Jaysen Park had on our team (Riot Music). Worlds 2014 (imagine Dragons) and Worlds 2018 (K/DA) was possible because of him. You will always be remembered and forever a part of our team! 💔 https://t.co/sOsUpmUiIr

Park’s passing comes less than a month before the 2020 LCK Spring Split was due to begin, which was yesterday announced to be on February 5.