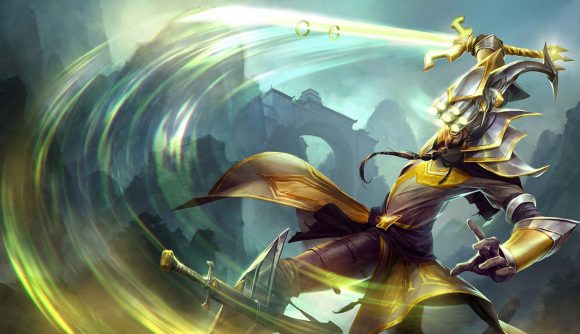 Riot Games has a small army of people behind the scenes keeping League of Legends ticking, who are constantly working to balance metas, fix bugs, and create all-new champions. Despite the company’s much-memed “200 years” of experience, Riot has now hired a former professional League of Legends player to its development team which will hopefully bring in some knowledge and input from the competitive scene.

Step forward pro Alexey ‘Alex Ich’ Ichetovkin, who revealed yesterday that he’s accepted a role as a software engineer. While Alex Ich has been retired from competitive LoL for two years now, he has a wealth of experience in the scene. Long-time fans of League of Legends esports may recognise Alex Ich as the chap who spearheaded Russian team Moscow Five to a Worlds semi-final in 2012 and a quarter-final appearance at Worlds the year after as the rebranded Gambit Gaming.

Alex Ich rounded off his career in the LCS, appearing on rosters for Renegades and Evil Geniuses.

With so much esports experience and a heap of game knowledge, it will be interesting to what kind of an impact the former midlaner can make behind the scenes at Riot.

I got green light to officially announce it. I will be joining Riot Games as Software Engineer. Really happy! 😃

Alex Ich’s job title of “software engineer” is slightly vague, so we don’t know what his specific focus will be. Whatever it is though, we hope the Russian’s competitive expertise can help maintain a healthy meta in both ranked League of Legends and its esports scene.