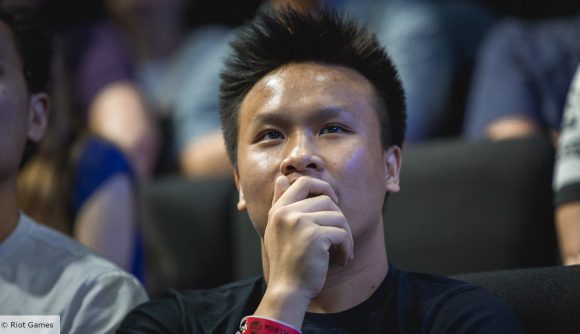 The CEO of esports organisation TSM FTX, Andy ‘Reginald’ Dinh, has been found guilty of exhibiting “disparaging and bullying behaviour” towards TSM’s League of Legends players by a Riot Games investigation.

It was reported in January of this year that both Riot, which operates the LCS where TSM’s LoL team plays, and Swift, the parent company of TSM, were investigating Reginald after allegations of bullying were levelled at the CEO late last year. Swift revealed the results of its internal investigation in May, and concluded that there had been no unlawful behaviour from Reginald, but did acknowledge that he had used an “aggressive and harsh tone” when interacting with some employees. Riot’s external investigation, however, has come to a different conclusion.

“We believe that there was a pattern and practice of disparaging and bullying behaviour exhibited by Dinh,” Riot’s head of North American esports, Chris Greeley, writes in an announcement post. “This included verbally abusing pro players and TSM staff members and communicating in a demeaning and belittling manner. Nearly all of the witnesses agreed that Dinh’s outbursts and abuse were generally limited to a player or staff member’s perceived performance.”

As a result of its findings, Riot has issued Reginald with a $75,000 fine, put him on a two-year probation spanning all Riot-led esports, and has ordered him to go on sensitivity and executive training.

The fine is apparently three times the maximum amount an LCS player can be fined for in one go for an infringement, due to Reginald’s consistent behaviour over a long period of time. The full amount will be donated by Riot to either an anti-bullying or mental health charity.

An “independent monitor” is also being put in place, who will set up an anonymous tip line, should employees continue to experience negative behaviours from Reginald. There will also be regular check-ins with the LCS Players’ Association.