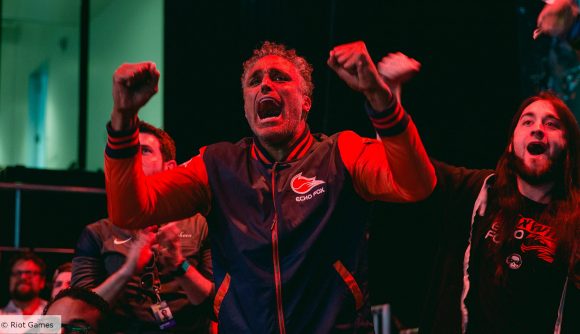 Former NBA superstar Rick Fox has full confidence in the growth of esports and believes that titles like League of Legends will overtake major sporting events such as the Super Bowl.

League of Legends recently celebrated its tenth anniversary and the popularity of the game has shown no signs of slowing down. In fact, this year’s World Championship final overtook Fortnite’s Black Hole event for the most concurrent viewers with just under 1.75 million people tuning in to watch FunPlus Phoenix take down G2 Esports 3-0.

Speaking to TMZ, the Echo Fox founder says he agrees with comments made by FaZe Clan’s Ricky Banks in that esports can compete with the NFL. Fox believes that the global nature of esports gives the industry a huge advantage over a lot of traditional sports: “As much as we love football in North America, it’s not international to the level of gaming.

“League of Legends is a huge global event, it’s already got numbers right below the Super Bowl, it’s already coming and it grows every year.” While esports viewing figures are continuing to surge, traditional sport is struggling with this year’s Super Bowl seeing a reported 5% decrease in average viewership compared to the 2018 event.

Fox cites technological advances which makes esports a much more appealing product: “Everything is so online now. Technology has unlocked the ability for people, regardless of where you are in the world, to connect to competitions.”

And when asked who the Michael Jordan of esports is, Fox looks towards the popularity of streamers such as Tyler ‘Ninja’ Blevins and Michael ‘Shroud’ GrzesiekI but also mentions three-time LoL World Champion Lee ‘Faker’ Sang-hyeok. Fox recently played a few games with Faker during a 24 hour charity livestream raising money towards hurricane relief for The Bahamas which he described as a “special” moment.

Fox initially became involved with esports to bond with his son, and has since fallen in love with LoL, stating playing the game has helped him with the stress of the Echo Fox dispute. The former Los Angeles Lakers star has said he’s open to owning another team and it may not be long before we see Fox back in the LCS.