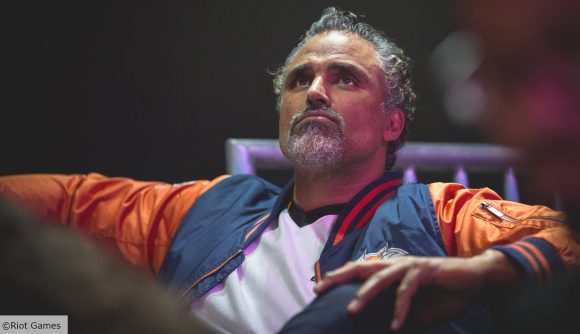 He has previously said that he enjoys the challenge of climbing the League of Legends rankings, but Rick Fox was less than thrilled about his starting rank for Season 10.

The former basketball player and Echo Fox owner was left fuming that after his ten placement matches – which determine the rank he would start the new season in – he was placed in the dismally low rank of Iron 3. Fox, who finished the last season in Bronze 2, tweeted his dismay at being placed in the second lowest possible rank in competitive LoL, tweeting developers Riot: “This is not possible – you should probably check the Game for bugs before the Jan 25th LCS Start – Last I checked I was Bronze 2.”

It appears that Fox may not be aware that players usually start a new season lower than the rank they finished the previous season on, with the placement matches only determining how much you are pushed back. This didn’t stop him having a further dig at Riot by tweeting out some adapted lyrics of the Alanis Morisette track Ironic, along with some clever wordplay in the hashtag ‘#IronIIIc’.

According to OP.gg, Fox won five and lost five of his ten matches, playing all of them as Lucian.

The placements leave Fox with a lot of work to do before he can get to the same level he achieved last season and push on towards Silver.

Fox isn’t the only celebrity name to enjoy some ranked League of Legends. Last season, it transpired that US politician Alexandria Ocasio-Cortez and WWE wrestler Claudio ‘Cesaro’ Castagnoli both managed to hit Silver tier. Cesaro gave an update yesterday on his Season 10 progress, tweeting that he was “currently 3-3” in his placement games.