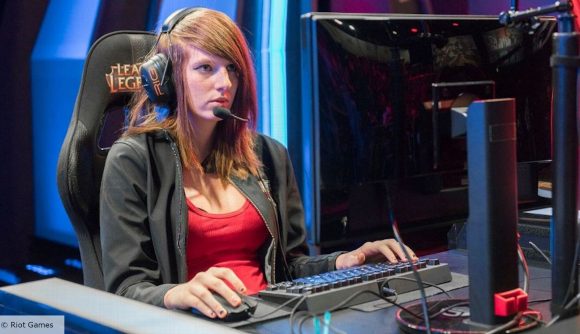 Maria ‘Remilia’ Creveling, the first female professional League of Legends player to compete in the LCS, died at the age of 24 on December 27, according to esports journalist Richard Lewis.

“It is with great sadness that I inform you that my best friend Maria Creveling passed away peacefully in her sleep yesterday,” her roommate Richard Lewis says on Twitter. “Her absence will leave a void that can never be filled.  She would not have wanted any lengthy statements or grand eulogies. Despite having fans all over the world she was never one who craved the spotlight. My only request is that anyone wanting to pay tribute reach out to ensure it is done in a manner that respects her wishes.”

“All I’ll say is the four months I knew her were the best of both our lives, and although she deserves so much more, it was a privilege to know her for the short time I did,” her boyfriend, No Arm Whatley, adds.

Remilia became the first woman to compete in the League of Legends Championship Series in 2015 after qualifying with Renegades. As a transgender woman, Remilia received extreme scrutiny on stage with many matches flooded with transphobic comments.

We mourn the loss of former LCS pro player Maria “Remilia” Creveling and extend our deepest condolences to her family, friends, and fans. pic.twitter.com/a6JPHPWbFw

After only playing for Renegades for a few weeks, Remilia left the team citing pressure and harassment. Riot Games later banned Renegades from the League that year for poor working conditions and collusion with Team Dragon Knights.

Following her time in the LCS, Remila played with several other teams and streamed on Twitch. She recently took part in the Twitch Rivals event in November.