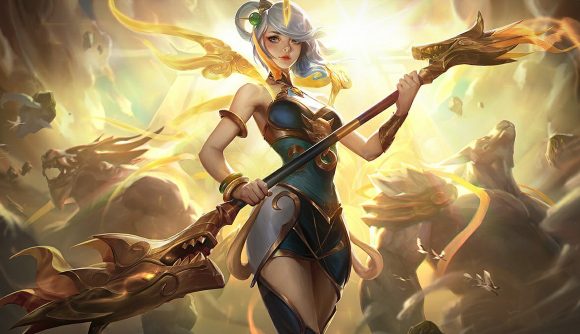 League of Legends’ minions are apparently unequal, and they have been for a long time. A League fan has found a bug in the game that has been present in the game since 2009 and it stems from code differences between the red and blue cannon minions.

According to Reddit user Caenen_, who discovered the differences, the blue cannon minions have a range of 300, while red gets a range of 280 (via Dexerto). This means that blue gets to attack a little earlier compared to red, which does slightly skew fights in blue minions’ favour. Some even think its the reason why leaving the minions to fight without being touched by players, that blue comes out on top.

The bug has apparently been part of the game since the earliest builds of League of Legends that Caenen_ has access to which dates back to the Alpha in 2009. That’s 11 years of this bug affecting the game without anyone noticing.

Caenen_ tries testing out the bug to see if it makes any real differences when you make two cannons face one another and blue minions get the opportunity to fire first. However, what prevents blue from always firing first is that minions check their range to an enemy “only so often”, so that 20 range difference can be closed up.

So what’s being done about the bug? Well, Riot is already on the case according to Caenen_ as the bug is fixed on the PBE. Obviously there was no reason not to make the cannon minions equal, but it’s incredible that it took eleven years for the bug to be noticed and acted on.