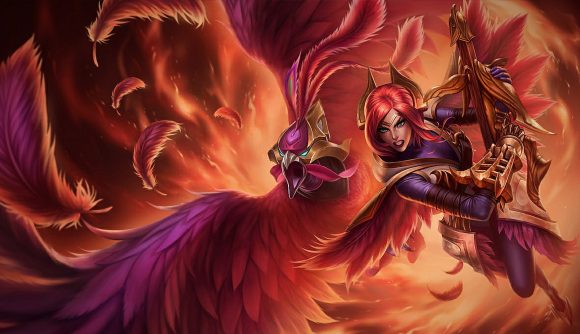 The League of Legends Championship Series has teamed up with Red Bull for an interesting-sounding new series to be shown on Twitch.

‘Metamorphosis’ will feature lineups of pro players and content creators doing battle each week, but with a focus on “unorthodox” and “off-meta” team compositions and experimental playstyles to give League of Legends esports fans a break from the barrage of questionable Aphelios multikills and typical, fail-safe competitive tactics. According to a press release, the first episode’s lineup of competitors has already been finalised, with the likes of popular streamer and ex-pro player Hai ‘Hai’ Du Lam, fellow content creator Tim ‘Trick2g’ Foley, and former LCS stage host Ovilee May.

Riot Games’ head of NA esports partnerships, Matt Archambault, says that Metamorphosis should bring “a whole new energy to League of Legends that all players can enjoy, whether they’re casual or competitive,” and looks forward to seeing the “crazy compositions” the shows’ guests create each episode.

The first episode of Metamorphosis is set to air on Red Bull’s Twitch channel on Wednesday, June 29, and episodes will be bi-weekly.

We’ll be putting our newest comps and characters combos to the test and give you a different way to play.

The decent lineup of streamers and influencers makes Metamorphosis look interesting enough, but the concept of doing battle with some of LoL’s forgotten champions in roles they’re likely not meant to play has the potential to be pretty funny. Maybe we’ll even see this patch’s least-played champion Quinn get wheeled out for a blast on the Rift.

Who knows, someone could even stumble across a brand new OP composition no one has discovered yet?