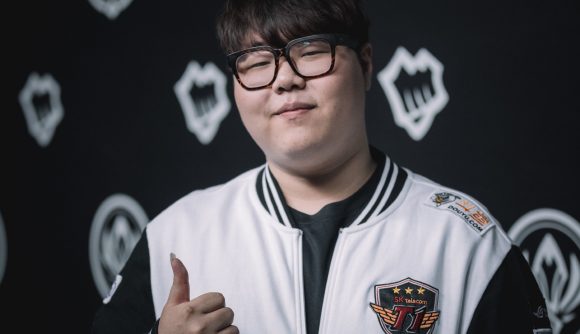 Former SK Telecom T1 support and two-time World Champion Lee ‘Wolf’ Jae-wan has revealed that a League of Legends tournament compiled of legendary Korean players will take place on March 11 2020 called Return of Champions Korea (RCK). With those dates, the LCK will no-longer be playing on Wednesdays so the times won’t clash.

The two teams of retired pros will face off in an exciting best-of-three series in which the first game will feature every player on their signature champion. Then, the second game will be conducted with blind picks which will allow the possibility of mirror match-ups while neither team can see what their opponents pick. Then if the series is tied, the tournament will culminate with the standard competitive pick and ban format for game three.

That list holds an incredible amount of prestige with five different World Champions. One of Wolf’s two Worlds triumphs came alongside Marin though that same line-up was defeated in the historic Mid Season Invitational final in 2015 when Pawn and EDward Gaming baited Lee ‘Faker’ Sang-hyeok to picking his undefeated Le Blanc and caused a monumental upset.

Pawn also has a World Championship under his belt when he won in 2014 alongside Looper with Samsung White. And then finally there is Ambition who helped Samsung Galaxy become the first team to defeat SKT in a Worlds final back in 2017.

It’s also worth mentioning Noxus teammates inSec and Madlife who will be ones to watch in the first game considering they are two of the only players in the world to have an in-game move named after them. The inSec kick sees you hop to a ward as Lee Sin and kick your opponent backwards into your team while a Madlife is the act of intentionally missing a hook ability, most notably on Thresh, in a way that predicts where an opponent will flash so that the move still connects.

The RCK is shaping up to be an extremely entertaining series though it is not yet known whether the tournament will have an English broadcast.